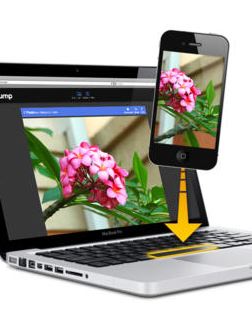 Don’t you just hate it when your favorite small company is acquired by a giant and then shut down? If you happen to be a fan of Bump and Flock, you will be sad to know that Google is shutting down both apps. The announcement was made by David Lieb on Bump’s blog:

Back in September, we announced that the Bump team was joining Google to continue our work of helping people share and interact with one another using mobile devices… We are now deeply focused on our new projects within Google, and we’ve decided to discontinue Bump and Flock. On January 31, 2014, Bump and Flock will be removed from the App Store and Google Play. After this date, neither app will work, and all user data will be deleted.

It remains to be seen what new creations the Bump team will come up with at Google. It is always sad to see useful apps like Bump go though. Those of you who have been using these apps should take some time to export your data.

Pebble happens to be one of those companies that we hope won’t be going away anytime soon. We are going to see many exciting smartwatches this year. But the Pebble watch is still one of the best ones around. In fact, the company might have even more in store for us:

Join us Monday, 6 January at 11 AM Pacific (2 PM Eastern) for an announcement by CEO Eric Migicovsky, streaming on getpebble.com. Pebblers who were part of our CES announcement last year can tell you: you won’t want to miss the news

It remains to be seen what Pebble will announce at the event. But it needs to something big considering that we are already hearing about a few other companies showing their smartwatches at the event this year. Next week is going to be one exciting week for tech fans.