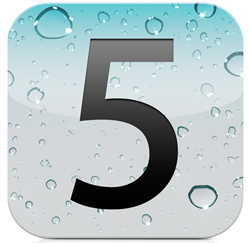 Apple and Google have had to deal with a number of security headaches in the past few months. They have also had to explain their user tracking activities in countries such as the U.S. In this day and age, not addressing people’s privacy concerns is asking for more lawsuits. Apple plans to address one of its security headaches by deprecating developers’ access to UDID information. A recent security report showed that 68% of top apps transmit UDID data unencrypted. This information can be used to track users’ behaviors.

Developers and advertisers could use UDID information in the past to track iPhone users, without their consent or knowledge. With the introduction of iOS 5, developers will have to develop unique identifiers for their own apps to get around this change. This approach very much works like standard web cookies. The change could make beta testing a bit more complicated for developers though.

While iOS 5 will make its debut later this fall, Apple is expected to bring a LTE 4G iPhone to the market in the near future. Apple is already looking for experts who know their way around LTE technology. We have heard reports that carriers are already testing LTE iPhone units. Let’s not forget that AT&T has been installing LTE-based equipment in some of its stores.

At this point, all signs point to 4G iPhone’s being on the way. The recently discovered plist file confirms that as well. It is not clear when Apple will unleash this beast. As Electronista suggests, chances are we will see LTE devices from Apple some time in 2012 (iPhone 6 and beyond).