Most experts agree at this point that Apple will not be releasing iPhone 5 this year. From everything we have heard and seen, Apple plans to release iPhone 4s to keep its momentum and introduce iPhone 5 at a later date. The company will most likely have no difficulty selling iPhone 4s units, even if the device is not that big of an upgrade over its predecessor. Apple does seem determined to give more people the opportunity to pick up an iPhone handset. The company is expected to try to bring iPhone to Sprint and T-Mobile.

A recent job opening for a “carrier engineer” in Kansas City seems to suggest that Apple is serious about launching iPhone 4s through Sprint: 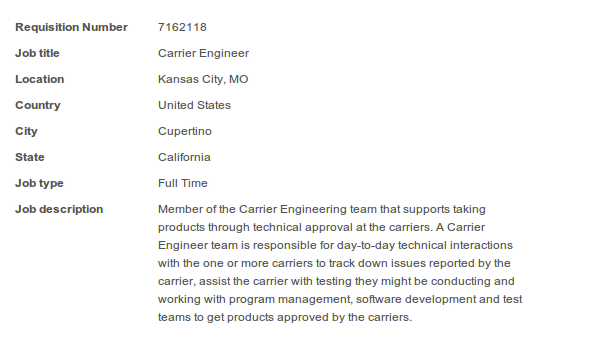 While most media outlets are tracking iPhone 4s development religiously, some still are not sure about what Apple will be releasing in a few months. Apparently, our friends in the UK expect iPhone 5 to make its debut there on November 21st. This scenario is not likely to happen.

At this point, nothing is confirmed. Apple could surprise us all with a revolutionary upgrade to iPhone. In a more likely scenario, iPhone 5 will be released to the market next year. iPhone 4s will have a faster processor, a higher quality screen, but wont have NFC or 4G.

Will you invest in one or wait for iPhone 5?