Apple announced a bunch of new products yesterday. It unveiled the iPad Air 2, iPad Mini 3, and a beautiful iMac. Needless to say, the Mac Mini was not the focus of the event. But Apple is upgrading the product with new processors. The base model now starts at $499.  It will have a 1.4 GHz dual core Intel Core i5 processor and 4 GB RAM. The 500 GB hard drive won’t outperform a SSD anytime soon though. 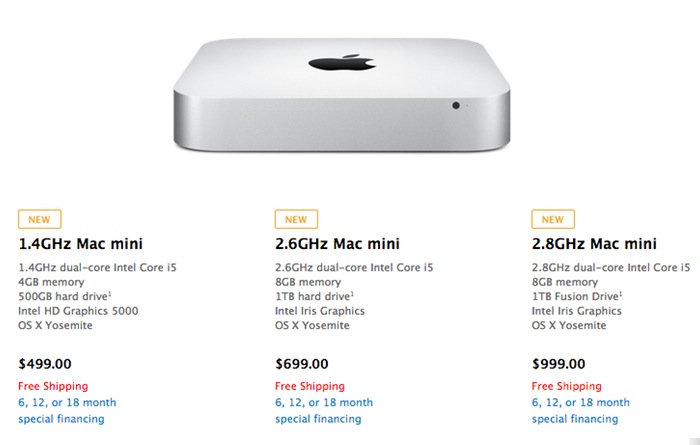 While the new Mac Mini is cheaper than ever, you will probably want to go with a more expensive model to get your hands on a decent machine that will perform your tasks for a long time. The Mac Mini is still a good option for folks who don’t want to spend a ton of money on a Mac Pro or an iMac.

Speaking of Macs, many of us have been wondering whether Apple is working on a touchscreen Mac device. Apple’s Federighi doesn’t seem sold on the idea:

We don’t think it’s the right interface, honestly … Mac is sort of a sit-down experience.

Even though other players are making touchscreen desktop machines, Apple’s stance is not such a surprise. We suppose this officially rules out the possibility of the iPad Pro running both Mac OS and iOS, doesn’t it?