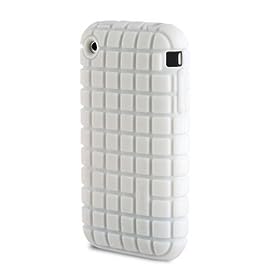 We are quickly getting close to Apple’s next event, and many Apple fans are excited about the prospect of Apple introducing a new iPod with video capture capability. But that’s not the only piece of news in town these days. Apple’s competitors are coming out of their blocks with new iPhone killers to push Apple harder in the smart-phone market. We have already covered Nokia’s latest device which looks like a mini computer than a smart-phone. Toshiba is also back in the news and has added Windows Mobile 6.5 to its innovative TG01 smartphone. While most of these iPhone killers are highly capable, they still don’t provide the overall experience that we get with the iPhone. The companies behind these smart-phones haven’t quite figured out the right ecosystem for their products, which is why they can’t compete effectively against Apple’s multiple layers of innovation.

To give credit to Sony, the company is working hard on its own store to make it better than the iTunes App store. While the store will include games for the PSP, it’d be interesting to see how Sony will go about empowering developers especially after the company criticized Apple’s App Store strategy:

Unlike with the App Store, we’re looking to support everyone that develops for us, instead of leaving developers out in the wilderness.

It’s easy to criticize another company but it’d be interesting to see if Sony can back it up. But if one company needs to be criticized, it’s at&t. The company promised Apple iPhone owners to bring MMS to the platform, but the delay has been just too long. We are finally going to get the functionality on September 22nd, but it does feel a bit late.

These next few weeks will be very interesting to watch. Apple has set the bar high with iPhone 3GS, and now the ball is in the competitors’ court. Who will be the first company to develop the first true iPhone killer? How about them iPod killers?