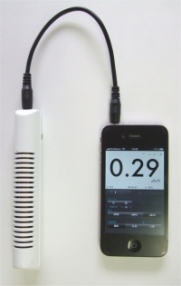 The recent tragic events at Fukushima opened our eyes to the risks of setting up nuclear facilities at places susceptible to earthquakes and other natural disasters. Many folks living in that area of the world are still very worried about the risk of radiation. While some have migrated from that area, many have no choice but to stick around. A Japanese company has released a portable Geiger counter that pairs up with iPhone to measure beta and gamma rays in the environment. This could become very handy for those who want to minimize their exposure to radiation as much as possible. 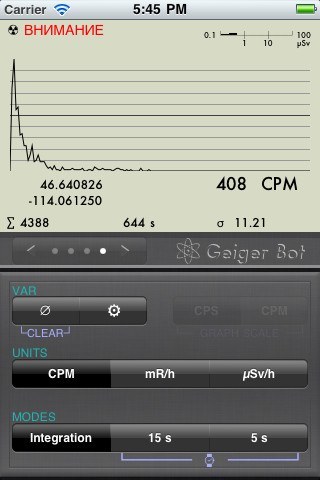 This gadget has a 14cm long probe. Users should download its app to get radiation readings on their iPhone. Geiger counters  can be quite expensive which is why a solution such as this is so necessary. This device was developed due to the fact that Geiger counters became so expensive after this disaster:

Immediately after the disaster triggered by the earthquake and tsunami of March 11 in the northeast of the archipelago, the cheapest Geiger counters cost Y60,000 ($765) and were hard to find

The first model is expected to cost $200. While there are plenty of portable Geiger counters around, being able to use an iPhone to get radiation readings is a life saver. This is a device well worth considering by anyone living in that region of the world.