In this day and age, you don’t have to struggle to find a neat gift idea for iPhone & iPad fans in your life. Here are just a bunch of awesome Star Wars gadgets for iOS devices that you don’t want to miss:

Sphero BB-9E droid: an app-enabled robot for Star Wars fans. It rolls realistically and can interact with other droids from this series. 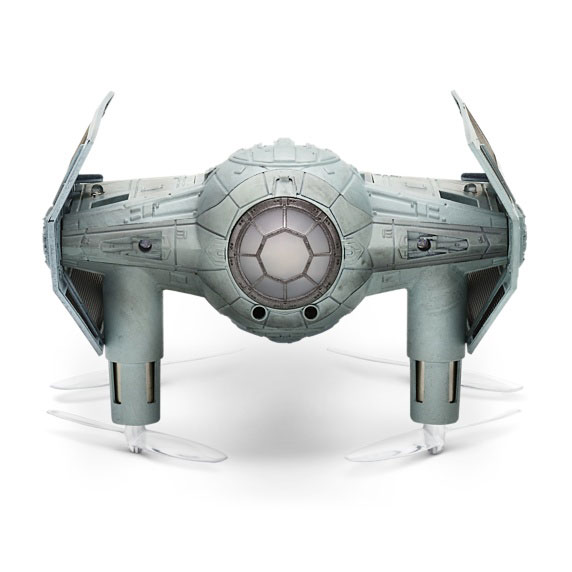 Star Wars BB-8 Droid: features authentic movement and lets you control it from your smartphone or tablet. You can record and view virtual holographic videos with it. 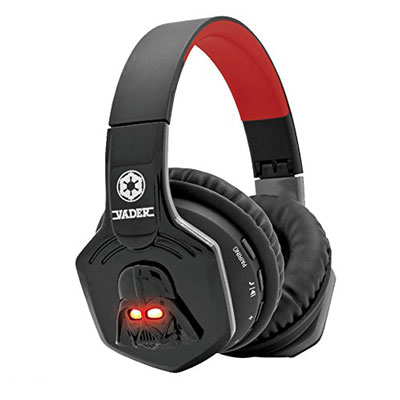 Star Wars Jedi Challenges: an augmented reality gaming kit with Lenovo Mirage. Comes with a lightsaber controller and tracking beacon. You can play Holochess and engage in lightsaber battles.

hellosy Death Star Levitating Speaker: another cool gift idea for Star Was fans. It has built-in lights, 3D surround effect, and a magnetic base. 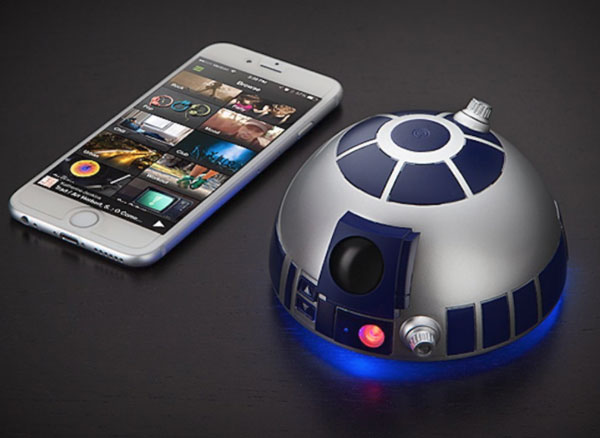 Force Trainer II: comes with a Bluetooth headset to read and interpret your brainwaves. It lets you move holograms with your brain.

littleBits Star Wars Droid Inventor Kit: a STEM kit with everything your kids would need to build and control their own robots. In Force Mode, you can control the robot with your hands.

Death Trooper Helmet 1:1 Bluetooth Speaker: an elegant speaker with powerful subwoofer and LEDs. It can also charge your favorite gadgets.

Darth Vader Mask Helmet Bluetooth Speaker: a 1:1 speaker with a powerful subwoofer and LEDs. It comes with a USB port to charge smartphones. 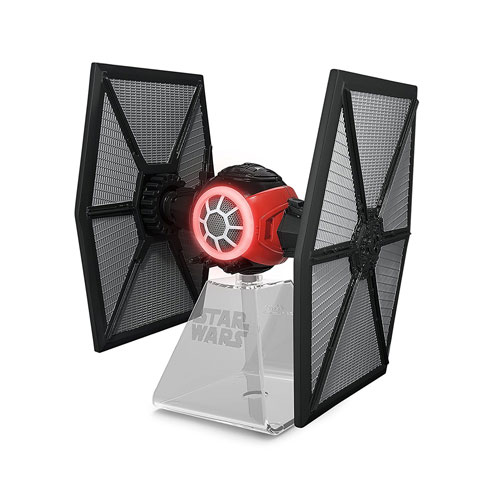 First Order Tie Fighter Speaker: connects to your Bluetooth tablets and smartphones to play audio. It also lets you handle incoming calls and lights up when in use. 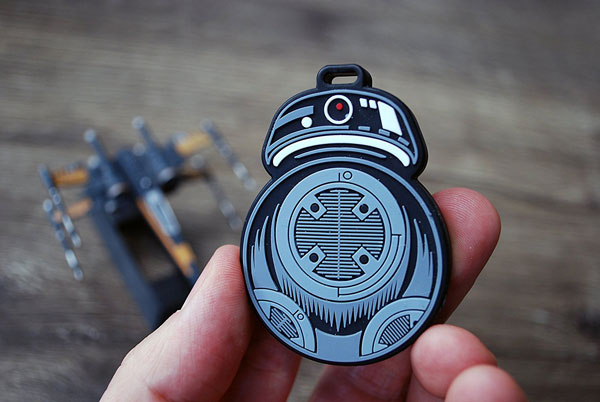 BB-9E Bluetooth Item Finder: a compact device that helps you find your things. Its app shows the last known location of your valuable items. 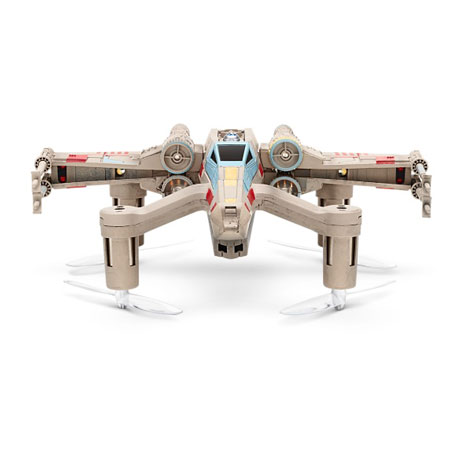 T-65 X-Wing Starfighter Battle Quadcopter: another drone for Star Wars fans. It has max speed of 56kph. It lets you battle against 12 Star Wars drones. 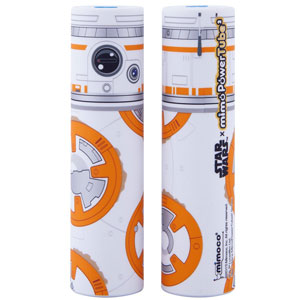 BB8 MimoPowerTube2: a 2600 mAh power bank for Star Wars. It can charge your smartphone 1.5 times. 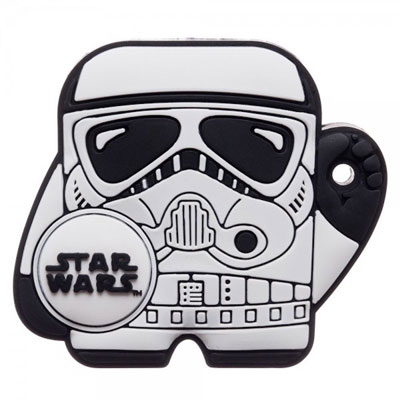 Foundmi Stormtrooper Bluetooth Tracking Tag: helps you keep track of your valuables. It works with iOS and Android devices. 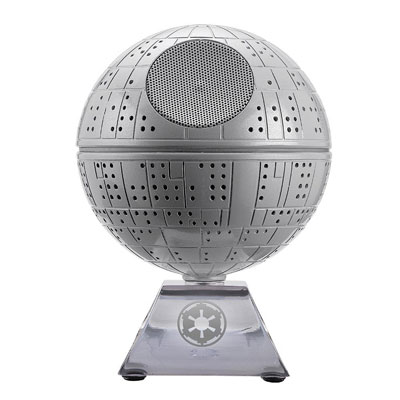 Death Star Bluetooth Speaker Li-B18.FX: wirelessly streams music to your iOS devices. It lights up and runs on rechargeable battery. 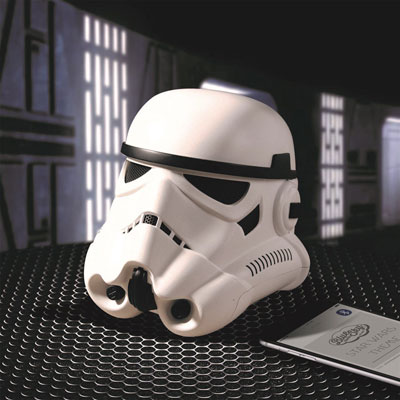 Stormtrooper Speaker: a 5W speaker with built-in battery. It has an audio-in jacket too. 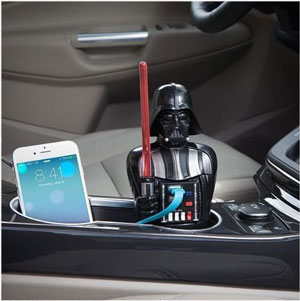 Darth Vader USB car charger: another cool car charger for your smartphone and other small gadgets. 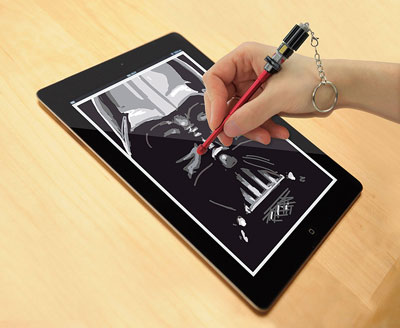 Star Wars Lightsaber Stylus: looking for a smartphone stylus that stands out? This lightsaber inspired stylus is worth a look. 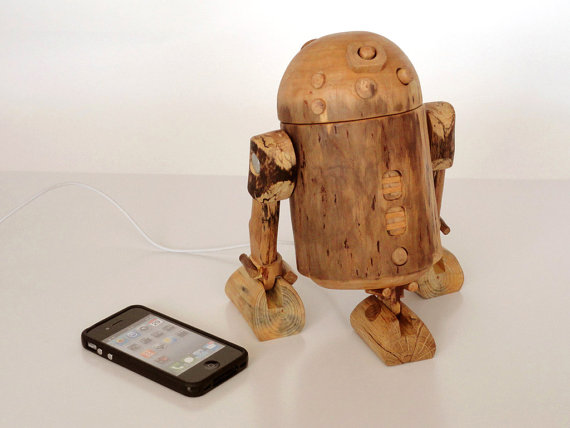 Wooden r2D2 iPhone dock: a wooden sculpture that happens to also hold your iPhone and iPod. 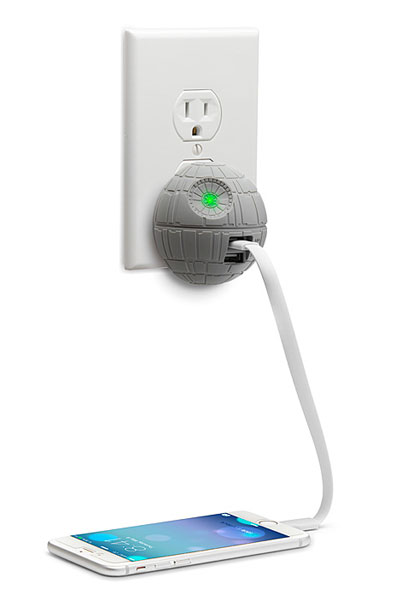 Death Star USB Wall Charger: a cool wall charger designed with Star Wars fans in mind. It has 2 USB ports to charge your phone and other gadgets. 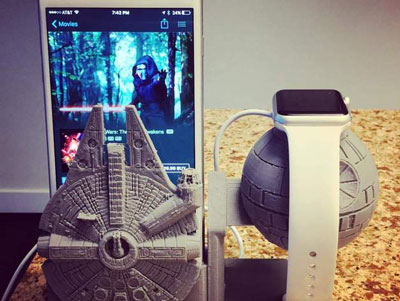 Have you found cooler Star Wars gizmos for iPhone or iPad? Please share them here.