Drone are great for aerial video. You can also use them to play games and race against friends. Here are 7 smartphone compatible racing and battle drones you don’t want to miss:

Walkera AiBao: an AR quadcopter ready for mixed reality gaming. It has racing, battle, and gold modes. The Aibao drone has a max ascension speed of 5m/s. It can fly for up to 20 minutes. It has a 12MP camera to capture 4K video.

Droiko: micro drones for racing and laser battles. Users can create their own racing tracks. Droiko can fly indoors and outside. These drones have open source hardware and software.

Parrot Mambo: a fun drone with a grabber and cannon that can pick up objects and fire balls. It has a lightweight design and can perform flips. 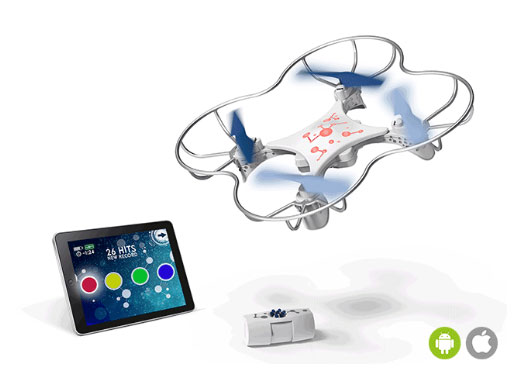 Lumi: an app smart indoor drone for gaming. It has advanced flight controls and can follow you and avoid obstacles. Lumi can rise up/down, turn left/right, and accelerate.

Propel Star Wars 74-Z Speeder Bike Drone: can reach speeds up to 35mph. You can combat against 12 Star Wars quadcopters at the same time. Lets you engage in laser battles.