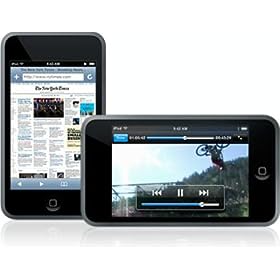 iPhone may be the top dog among Apple’s products, but iPod Touch is not that far behind. Let’s not forget that Apple made a whole lot of money with its iPod product line, and after years of chatter, no company has come close to killing the iPod. iPod Touch may not be a phone but it can be used as one. And the fact that you won’t have to pay for a 2 year contract (or a whole lot of money for an unlocked iPhone) is a big plus. While iPod is not a real replacement for iPhone, it is always nice to be able to make VOIP calls from it.

Whether you want to use your iPod touch to make phone calls or just use applications such as JMDictate, you are going to need an iPod microphone. Thankfully, iPod accessory manufacturers have realized this need, and you have plenty of options to choose from to turn your iPod Touch to an iPhone Lite. Here are the best iPod Touch microphones available on the market:

Shure I2C-M Stereo Mobile Headset: Shure needs no introduction. It has some of the best audio products on the market, and this one is no different.

Maximo iP-HS2 iMetal Isolation Headset: kill two bird with one stone with this headset. Turns your iPod Touch to an iPhone lite.

Apple Earphones with Remote & Mic: the official Apple earphones and microphone for your iPod Touch.

TouchMic MityMic – Voice Recording/Interview Mic: compatible with the 2nd generation iPod only, this is a great mic to do interviews with your iPod Touch.

There you have it. There are a few other microphones available on the market, but they are not that high in quality, which means you are better off without them. These microphones are a great way to make enhance your iPod Touch and make calls from it. You won’t need a 2 year wireless contract either.

Your take: what microphone are you using to make phone calls from your iPod Touch?


*aff links used in some articles to fund our operations. Please look at the disclosure link to see our policy.