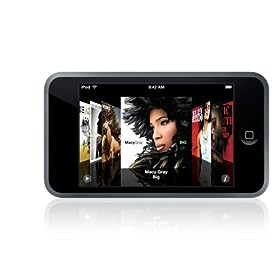 The industry experts have long talked about the fictitious products that will eventually challenge iPod and Apple. Of course, after a couple of years, nobody is really close to creating an iPod killer. Zune, Creative Zen, and … have all failed to effectively challenge Apple’s dominance in music device market. But has Apple intentionally/unintentionally cannibalized its products by introducing iPhone and iPod touch in the same year?

It certainly seems so. If you remember, when Apple introduced iPhone last year, many bought iPhone to use it as a glorified iPod. In other words, these guys did not want to buy into the expensive iPhone plans and found the $499 or $599 original price to be fair for a “glorified” iPod. Soon enough, Apple released their iPod touch line, and that became effectively the top dog in the iPod family. But iPhone and iPod touch have many similarities that make people seriously question whether they want a Phone or a Digital Content player. In essence, by borrowing features from iPhone, iPod touch is not able to effectively differentiate itself. I wonder if it would’ve been better for Apple to delay the iPod touch line’s release to see what would happen.

Don’t get me wrong. iPhone has had a great year, but I wonder if the market has enough capacity for both iPod touch and iPhone.