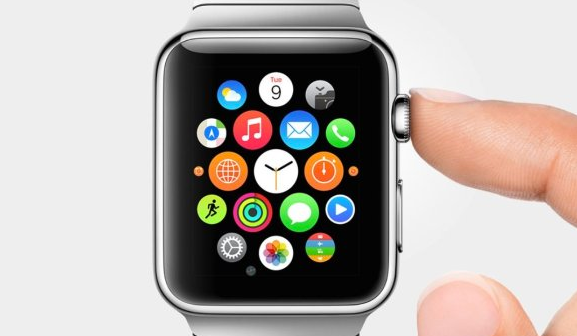 Apple has finally announced the Apple Watch. It will be available in multiple sizes and versions. The company is not shipping the device yet. We will have to wait till 2015 before the watch starts shipping. Unlike what we had heard in rumors, the iWatch is not completely waterproof. It is water resistant, so it should survive you sweating or even washing your hands. It does have a microphone that allows users to make calls directly from it.

You are going to need an iPhone to load apps on your Apple Watch. The watch does not replace your phone, but it does activity tracking, ApplePay, and handles music offline:

The high-end version of the watch will have a box that doubles as a charger. The side of the box has the magnetic round charging pad, allowing owners to recharge their watch conveniently every day. Apple did not talk about battery life, which is probably bad news. While we are a bit underwhelmed with this release, the Apple Watch will surely get better in the upcoming years just like it was the case with the original iPod. What do you think? Were you impressed with the Apple Watch?