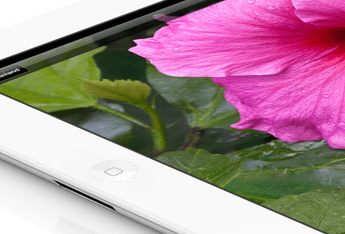 The new iPad is a brilliant device. It may not be a whole lot thinner or lighter than its predecessor, but it is more powerful and has one beautiful display. We always did wonder why Apple did not aim to make the iPad 3 thinner. Some analysts are now claiming that the iPad 3 design that made it out of the door was plan B for Apple.

The plan was to use this new technology called IGZO from Sharp — a lot higher electron mobility that allows them to make the transistors a lot smaller and the circuit elements a lot smaller,

explained Raymond Soneira, the founder, president and CEO of DisplayMate Technologies. Sharp did not have the technology ready in time, which forced Apple to go with its current design. As a result of this compromise, Apple pushed amorphous silicon to a higher PPI than anyone else and included a much larger battery in the new iPad.

It is still not out of the realm of possibility for Apple to implement this plan next time around. There has not been a whole lot of talk about the iPad 4 in the media yet. But it will not surprise us if the device is ultra thin and includes a brighter, higher quality screen.

Speaking of new products, Apple is already angling to get its hands on the iPhone5.com domain. That is going to be important for the company considering the amount of direct traffic Apple can get through domains like that. iPhone5.com currently hosts a small discussion forum. Considering that Apple has filed a complaint with the World Intellectually Property Organization over this domain, it will most likely end up with Apple soon. The company has been traditionally slow with this process. But it is stepping up its game this year.