The iPhone 5 is keeping Apple fans excited even though we are still a couple of months away from the official launch date for the gadget. Most people expect the new iPhone to have a better processor, more memory, and a new design. It is likely going to have a larger display. According to the latest report by the Wall Street Journal, the next iPhone will use “in cell” technology for its thinner screen:

The technology integrates touch sensors into the LCD, making it unnecessary to have a separate touch-screen layer. The absence of the layer, usually about half a millimeter thick, not only makes the whole screen thinner, but the quality of displayed images would improve, said DisplaySearch analyst Hiroshi Hayase.

The technology will enable Apple to simplify the supply chain and cut some of the unnecessary costs. Having a thinner screen could make the whole device slimmer, opening some space for other components such as batteries. A thinner iPhone with an improved display is going to be even harder to beat by others involved in this market. The new iPhone will be released this fall. 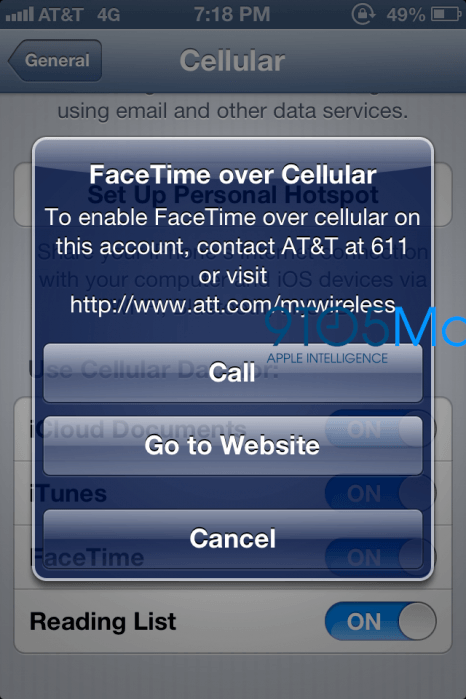 AT&T and Apple have been partner for years. Since the early days of iPhone, Apple has relied on AT&T’s wireless service. Wireless carriers have all kinds of schemes to make money off of their subscribers. It now seems that AT&T plans to charge for FaceTime over cellular (as 9to5 Mac reports). This used to be only available over WiFi. Considering that FaceTime calls use a large amount of data, it is not surprising to see AT&T’s plan to charge customers for them. Will other carriers follow? We will have to wait and see.