Apple’s iOS 7 is already being tested by developers. The most recent update brought the software to iPad and iPad mini devices. We are hearing about new hidden features in iOS 7 all the time. The latest one discovered by an anonymous tipster and covered by 9to5mac allows you to control your iPhone or iPad with head movements. You can make the head movement act as a home button, start Siri, and control volume on your iPhone.

This feature is not designed for everyone. The fact that you can find it in the “accessibility” section should give you an idea who this is for. We do have to wonder whether Apple has plans to give regular iOS users more sophisticated ways to control their device using body movements. 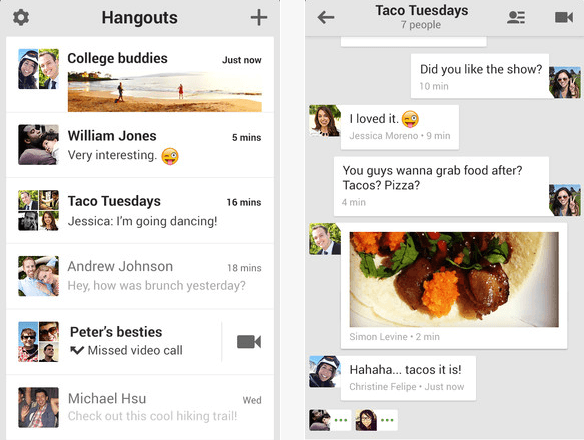 Google+ is one of the most popular social networks around (you can follow us here). It has a ton of important features for small businesses and individuals (e.g. Communities and Hangouts). Many are using Google+ Hangouts to reach new audiences all the time. Google+ Hangouts for iOS has now been updated to bring clickable URLs and sound alerts to your device. Here is what Google’s Frank Petterson had to say about this update:

– URLs that you send now appear as clickable links
– You’ll now hear a sound when you receive a message
– You can now invite friends to Hangouts via SMS
– The badge count now behaves like you’d expect
– And… Hangouts now supports iOS 6.0 and later

Google+ Hangouts v. 1.1.1 is now available for download from the App Store.