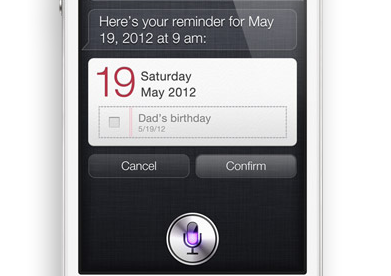 In the past few weeks, we have seen Siri installed on iPhone 4, iPad 2, and even iPhone 3GS. Siri has generated a lot of buzz since it was introduced a few weeks ago. Many Apple fans were hoping that the company would enable Siri on older iDevices. That does not seem to be in the cards. In response to a question by developer Michael Steeber, Apple has effectively ruled out bringing Siri to non-iPhone 4S products.

Siri only works on iPhone 4S and we currently have no plans to support older devices,

explained an Apple representative. Of course, we know this to be not true. Siri does run on older iPhones. It does work pretty well on iPhone 4. It could cause issues on older generations though. Let’s face it. Siri is a big selling point for iPhone 4S. By allowing Siri to run on anything other than iPhone 4S, Apple would be shooting itself in the foot.

It is almost certain that Apple will change its mind in a few months. There have been rumors that iPad 3 will also take advantage of Siri. While it may not make sense for Apple to offer Siri on iPhone 3GS, hackers have shown that iPhone 4 is well capable of handling it.

Have you upgraded to iPhone 4S? Would you have done that had Apple enabled Siri on older iPhones?