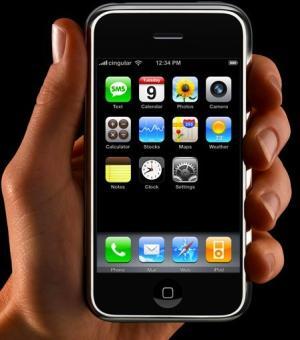 It’s true that Verizon is working on a phone that is not iPhone and does everything better than iPhone does (according to commercials). It’s also true that the company has not had too many good things to say about AT&T and Apple in the past. But is it really possible to see Apple join forces with Verizon to give its customers something they have been asking for months? According to sources familiar with the issue, Verizon is still very interested in getting its hands on iPhone. The company may have Droid, but it does understand the benefits that a partnership with Apple can bring for Verizon. Switching from AT&T to Verizon may not be as straight forward for Apple as it was the case for Amazon when it moved Kindle from Sprint to AT&T. But the move makes sense for both Apple and Verizon.

There are many iPhone owners who have been hoping for Apple to provide them with alternatives when it comes to picking up a wireless carrier. At the same time, Verizon is growing fast and a number of its customers are interested in purchasing a Verizon iPhone. It’s not as if Verizon is trying to hide its desire to carry the iPhone. Here is what the company had to say about this whole issue:

While a partnership between Apple and Verizon is still possible, Verizon hasn’t endear himself to Apple by developing what most people consider to be the most effective anti-iPhone commercial around (why can’t Microsoft do it?). Nevertheless, even AT&T’s admitting that its exclusivity on iPhone is about to end. That means the ball will be in Apple’s court to decide whether it want to pursue a deal with Verizon. Most experts believe that a deal between Verizon and Apple could happen, but not over the current generation of iPhones and iPods around. Maybe the deal will be over iTablet. But one thing’s for certain: Apple customers deserve to have the option to choose their carriers. Working with Verizon can only help.