If you told me a couple of weeks ago that Apple iTunes would allow an app that can show you where to find pot (legally, of course), I would have just laughed at it. Let’s not forget that Apple is known for striking down any app that is even slightly controversial. By no means I am suggesting that a pot finding app is worse than Baby Shaker, but it’s interesting to see Apple take the hit from a lot of folks and still allow such apps to make it to iTunes. Cannabis is really a simple app that can be helpful to folks who are looking for a doctor or a special type of medicine. But add the keyword Marijuana to it all, and you’ve got a viral app! 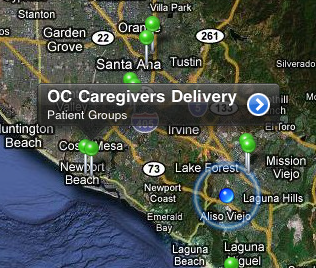 Hearing the web go nuts over Cannabis was truly eye opening. But youve’ got to give Fox News credit for jumping on the story to prove to its fans how there is a culture war in this nation, and this app may be a game changer. Those guys never miss their chance with stories as juicy as this one. And I am sure the developers behind this app are smiling for all the coverage that they have gotten in the past couple of days.

The question at this point is how long Apple will allow Cannabis to stay on iTunes. Apple is certainly not shy about removing already approved apps, and it wouldn’t surprise me if it did the same with Cannabis. I do believe that Cannabis belongs as long as it’s fully functional. Apple going around striking down any app that could be annoying some folks sets a bad precedent. To its credit, Apple has not announced anything on this issue, so Cannabis is here to stay for now. Nobody knows for how long.