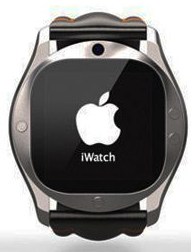 We have heard rumors about Apple being interested in developing its own watch and glasses in the past. Those rumors have proven not to be true so far. But multiple sources are now reporting that the company may be getting serious about building its iWatch-type devices. According to Chinese gadget site Tech.163, Intel and Apple are working on a 1.5 inch PMOLED watch made by RiTDisplay with ITO-coated glass.

We should take this rumors with a grain of salt. These types of rumors have been around for years. There is simply not enough evidence to suggest that Apple has been working on an iWatch. The source suggests that the iWatch will be released next year. But Apple is also rumored to be planning to release its iHDTV by the end of 2013. It is not clear why Intel’s involvement is being pushed as a part of this story either. Apple may or may not release iWatches in the future. But 2013 sounds a bit early at this point.

Apple has suggested in the past that it will be making more Macs in the U.S. Apple CEO Tim Cook has indicated that a Mac line will be manufactured in this country in the near future. The latest rumor is now suggesting that Apple is planning to move Mac Mini productions to the United States. The location of the manufacturing facility for this project is not known at this point. It will be interesting to see how far Apple goes with this move.