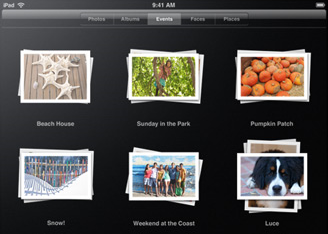 Things are not as rosy as they used to be for Apple. Not after the company had to admit child labor was used to manufacture Apple products in 3 factories which supply Apple. The issue of children working in factories for such a famous company could be very scandalous. And you can always count on the media to take such a story and spin it to create even more controversy. As Telegraph put it, 11 children were used in 3 factories that work with Apple, something that somehow slipped through and escaped Apple’s attention. The issue of underage workers working in factories is nothing new, especially in China. Those who choose to get work done in that country are aware of this practice, so Apple was probably ready for this bombshell in one way or another.

Apple for its part has done the best a company can to address this PR problem. The company is working towards identifying the source of the issue and is taking measures to minimize the practice:

In each of the three facilities, we required a review of all employment records for the year as well as a complete analysis of the hiring process to clarify how underage people had been able to gain employment

It’s not clear how companies should deal with child labor issues. Apple doesn’t have to face that issue in the U.S., but that is a serious issue in Asia. Do you fire all the underage workers? Could these people be seriously hurt by such actions? Now, I am against underage workers getting work in factories. But these problems are well documented and nothing new. To somehow put the problem on Apple is preposterous. The company could have been more vigilant in identifying issues with its factories. But it’s not as if Apple set out to take advantage of underage workers to keep its manufacturing costs low.

The bigger issue here is analyzing why underage people get work in countries such as China and what can be done to minimize that practice. Unfortunately, there is no easy answer to this question. Many of these young kids are the main source of income for their families. Cutting them off can leave their families struggling to make a living. It’s also unthinkable to believe that one can reduce its manufacturing costs by working with Chinese partners without dealing with this issue. Those companies that turn a blind-eye to the issue are probably more to blame than others.

For it’s part, Apple is taking action to stop the practice and make sure they don’t happen again. Consumers expect a lot from corporations in this regard, and that’s only fair. But how many people will stop buying Apple’s products due to its issue? It’s quite hypocritical for consumers to blame Apple for child labor issues while they continue to buy the company’s products. And we are not talking about Apple. The same case is true for other companies as well. Consumers can and must hold companies that try to disregard this issue responsible. In the case of Apple, at least its trying to address the issue. If you thought that Apple was a perfect company, you are probably going to have more heartbreaks in the future.

Your take: will this issue affect your decision to buy Apple products in the future?