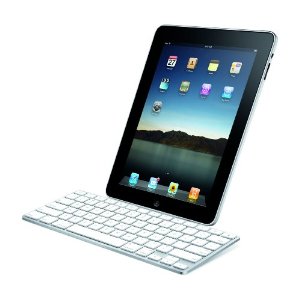 In a matter of few days, Apple fans will be able to pick up their iPad at Walmart stores. Apple has been planning to bring the iPad to top retail stores. Walmart happens to be the next one on the list. According to multiple sources, Walmart will start selling the iPad starting October 15th, 2010. At first, only a handful of stores will have these tablets. By mid-November, over 2300 stores are expected to have Apple’s tablet in stock. Tuaw even has a picture of iPads already stored at Walmart: 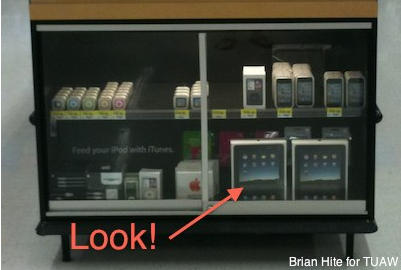 A lot of people are excited about having the chance to pick up their iPad in Best Buy, Target, or Walmart. They are going to be even more excited when iPad 2 hits the market. TechRadar reports that iPad 2 could have a retina display. It is almost given that iPad 2 will have a camera or two (just like top Android tablets). A faster processor, smaller screen, and more memory are also rumored f0r this device.

At this point, it is not clear whether Apple plans to continue working on its 9.7 inch iPads. These won’t be getting a retina display. While many were hoping for Apple to bring even larger tablets to the market, Apple seems to be going the other way to compete more effectively against the upcoming wave of Android tablets. The prices are expected to stay the same though.

What new features would you like to see added to iPad 2?