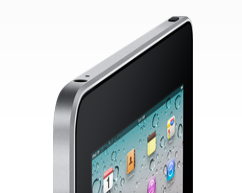 Apple has a few shiny gadgets on its hands these days, and it intends to put them in front of as many people as possible during the holiday shopping season. Just a few days ago, we reported on Apple iPad coming to Verizon stores. It will soon make its debut in Walmart stores. Sam’s Club is expected to sell Apple iPad and iPhone as well. While Walmart will start selling iPads fairly soon, there is no word on when Sam’s Club will be getting iPads.

Apple iPad is one of the most popular gadgets around and has already broken a couple of sales records. It has a very impressive adoption rate for such a young gadget. Even publishers are adopting Apple’s platform in bunches, meaning that the iPad won’t be a player just in the entertainment tablets market. With iPad being sold by Verizon, the sky’s the limit for it. Considering that we have not seen too many decent Android tablets this year, it’s no wonder iPad is heavily dominating the slate market.

We have now more details on Verizon’s plans for iPad. Verizon and AT&T stores will start selling iPads on October 28th. The starter Verizon data plan costs $20 for 1 GB data. The costs are much lower if consumers go with more premium plans.

Verizon won’t be selling 3G iPads for obvious reasons. We have no details on whether Apple intends to introduce iPads that are compatible with Verizon Wireless Network. With iPhone coming to Verizon, it wouldn’t be surprising if that happened.