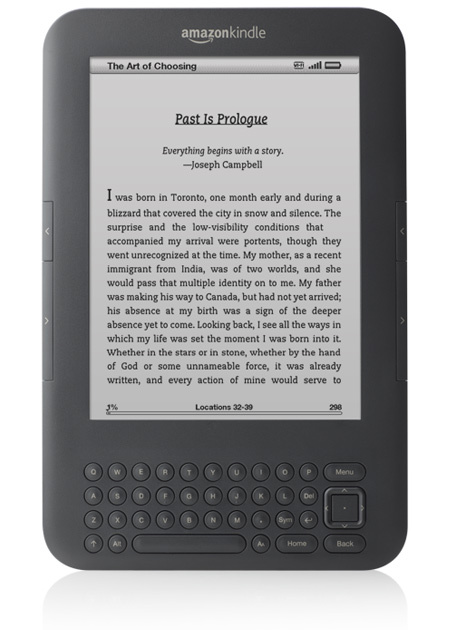 The recent news that Apple may be going after Kindle and other e-book reader apps available for iOS devices to force the companies behind them to direct their sales through its in-app purchasing system has generated a lot of controversy in the blogosphere. Many bloggers have argued that Apple seems to have changed its app content policy just recently. As Daring Fireball put it, Apple has been vague enough with its rules to have the ability to enforce such a move when it needed to:

Apple’s official stance seems to be that the rules haven’t changed, but they weren’t enforcing them until now. Sony’s iOS app may well act exactly like Amazon’s Kindle app, but apparently that behavior is no longer permitted… Amazon could switch to mobile web app clients for Kindle-reading on iOS, but I don’t think they could do so without taking a hit in terms of user experience. And users simply expect that apps come from the App Store. My guess is that Amazon will bite the bullet and adopt Apple’s in-app purchasing APIs.

Of course, not all changes in policies affect consumers negatively. According to a leaked document, Apple may be softening its stance when it comes to its water damage policy for iPod (image via Mac Generation). 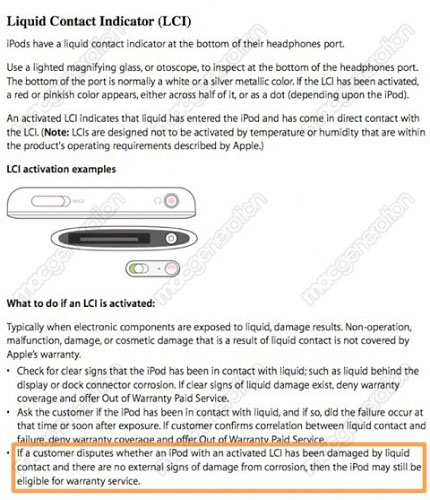 The leaked document suggests that:

If a customer disputes whether an iPod with an activated LCI has been damaged by liquid contact and there are no external signs of damage from corrosion, then the iPod may still be eligible for warranty service.

That means your idevice (we assume all idevices as opposed to just iPods) won’t be denied warranty for water damage without proper investigation.

What Apple has not done so far is improving its privacy policy for Apple customers (it has tried). The company has been sued yet again over iPhone data privacy. The plaintiff, Anthony Chiu, alleges that Apple knowingly transmits device data to third parties without user consent. The lawsuit reads:

Apple’s privacy policy is opaque and confusing but one thing is clear: it does not inform mobile device users that by providing application developers with their UDID, Apple enables them to put a name to highly personal and in many cases embarrassing information derived from app downloading activity and usage, and internet browsing history, that would otherwise be anonymous

Perhaps this is the area that Apple needs to focus on addressing the most. Apple needs to further tighten its privacy policies and offer better enforcement for existing rules to keep its customers satisfied.