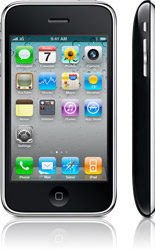 When Apple announced iOS 4 a while ago, it did give us all a heads up that all its features may not work too well on iPhone 3G (and older Apple devices in general). Apparently, a good number of iPhone 3G owners have experienced performance issues with their device since upgrading to iOS 4. Apple specific forums are filled with people complaining about the issues they have had with iOS 4.

A user registered as LebCan had this to say on Apple Forums:

Another user seemed to have had enough of iOS 4:

My phone has been rendered almost useless. I have a 8GB 3G (which I unknowingly bought for $299 2 months prior to the release of the 3GS). I cannot listen to music and do anything else or the music skips constantly. In addition to the music skipping, my browser will freeze – its so laggy that moving it around takes forever to adjust, and even typing emails/texts, I’ll type a sentence and then the phone catches up 10-15 seconds later

From going through these comments, it is apparent that iOS 4 has some issues when installed on older Apple phones. Considering that iOS 4 is installed on almost 50% of iPhones out there, this is a very serious issue for Apple.

This time around, Apple has decided not to ignore its customers right at the start. Since this is mainly a hardware issue, the problem should not be too hard for Apple to deal with. Nobody likes to experience something like this:

If you own an old iPhone and have already upgraded to iOS 4, you can always downgrade to a previous version of iOS to get things working again. iPhone 3G owners can play with settings on their devices to optimize their OS’ performance further. It’s not convenient, but at least iPhone 3G users are not dealing with a flawed piece of hardware.