We have heard for quite some time about Apple’s plans to bring iOS apps to Apple TV. Optimizing existing iOS apps for Apple TV could take some work. But so far, Apple has not even started accepting third-party apps for this device. Steve Troughton-Smith has developed a hack that lets the Apple TV run popular iPhone and iPad applications on big screen TVs at 720p resolution. Not surprisingly, you are going to have to jailbreak your device to take advantage of such a hack.

Most Apple TV owners are familiar with AirPlay technology. It is what you need to stream content from your iOS device to your Apple TV box. But the technology does have some limits. Troughton-Smith used Seas0nPass jailbreak and MobileX to create a window manager that replaces Springboard and lets Apple TV run iPhone and iPad apps. Of course, you can’t control Apple TV apps with your fingers. You are going to need your Apple remote to do the job. 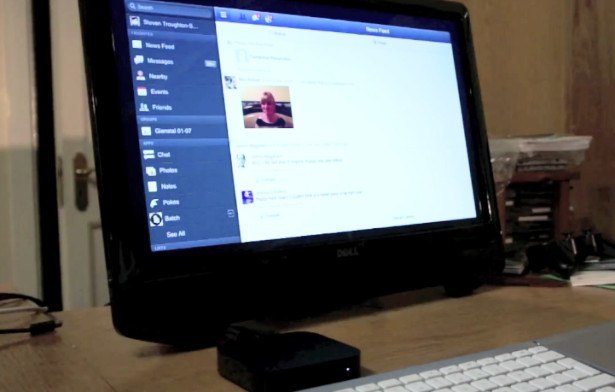 In the past few months, some experts have been questioning the future of the Apple TV. While it is true that Apple may be interested in bringing its own iHDTVs to the market soon, the company is not ready to give up on these tiny set-top boxes. In fact, the latest rumors do suggest the fact a new Apple TV could be very much in the works. It will be interesting to see whether Apple decides to bring native app support to that device.