Apple has been trying hard to stop jailbreakers from succeeding in the past couple of years. But the community always finds a way to get around Apple’s efforts. A couple of recently released jailbreak solutions were not compatible with 64-bit iPhone 5s devices. @blue9057‘s solution seem to work just fine on the iPhone 5s though.

Considering that iOS 8 will be available in the next few weeks, we don’t expect too many hackers to sweat about releasing a jailbreak for this particular release. Who knows how easy it will be to jailbreak iOS 8. 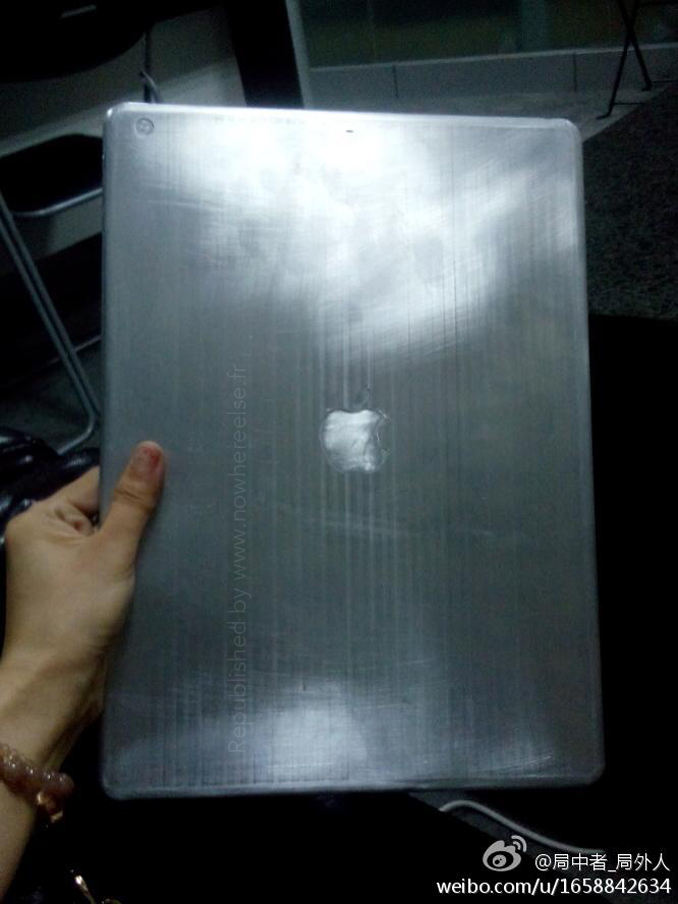 Speaking of new products, Apple could be thinking about bringing a larger iPad to the market. We have heard rumors about Microsoft and Samsung also releasing larger tablets (Samsung already has a 12.2 inch tablet), so this trend is nothing new. The iPad Pro could have a 12.9″ display. At least, that is what this prototype found by Nowhereelse.fr seems to suggest. As you can see, this is huge and not as portable as other Apple tablets.

It is not clear whether this is the real deal. A few months ago, we predicted that Apple had made changes to iPad branding to prepare for the iPad Pro. Whether it will be released this year is anybody’s guess.