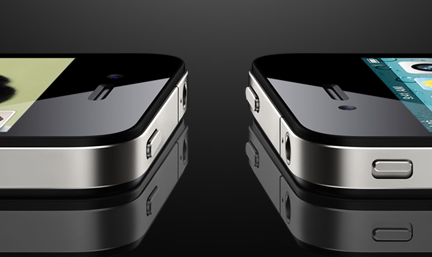 It is no secret that Apple iPhone is being challenged by all kinds of fancy Android phones from every direction. While not a single one of these phones is expected to topple iPhone by its own, Apple may be planning to change its phone’s design to make it even harder to beat. According to multiple sources, iPhone 5 could have a larger, 4 inch screen. Apple already has a 9.7 inch device in the tablet market. A 4 inch iPhone will allow Apple to go after 4-7 inch handheld devices. Digitimes claims:

The component suppliers noted that the production lines for Apple’s next generation iPhone have begun testing, and Apple is interesting in expanding the screen size to 4-inches to support the tablet PC market as the vendor only has a 9.7-inch iPad in the market… In fact, smartphones that adopt the Google Android platform are mainly 4-inch and larger models. Samsung Electronics’ Galaxy S and Google’s Nexus S adopt 4-inch panels, Sharp adopts 5.5-inch for its smartphone, and Acer plans to launch a 4.8-inch smartphone. With Apple joining the 4-inch and larger market, 4- to 5.5-inch will become the major battlefield for smartphones and further change the industry dynamics for small- to medium-size panels.

The addition of a 4 inch iPhone to the smart-phone market will make this business even more competitive. Apple is rumored to be working on iPhone nano too. There are clear indications that Apple does not intend to sit on its lead and let its momentum get snatched away by its rivals.

Apple developing larger screen iPhones is not such a surprise. But could the company actually add a physical keyboard to its phones. While that seems very unlikely, tw.apple.pro, a Taiwanese Apple leak website, claims Apple has been testing out the idea. Apparently, there are 3 iPhone 5 prototypes out there, one of which will have a slide-out keyboard. Normally, it is easy to dismiss most of these rumors. However, tw.apple.pro has made some accurate predictions in the past.

Considering that many Apple fans have decided to wait for iPhone 5, instead of grabbing Verizon iPhone 4, Apple had better deliver.