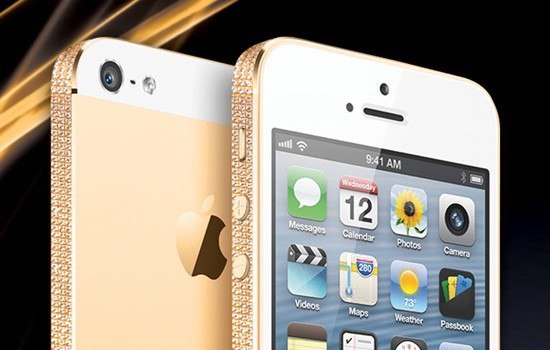 Apple is going to announce the new iPhones and iPads soon. We have heard all kinds of rumors about the iPhone 5C and iPhone 5S in the past couple of weeks. The latest one suggests that the new iPhone could have a 128 GB option. KGI analyst Ming-Chi Kuo has predicted that the iPhone 5S will have a gold model too.

The new iPhone 5S will have better hardware, including the faster A7 chip with 1 GB of LPDDR3 RAM. The new processor is expected to be 20% more efficient. The rear camera is going to be changed also. Of course, the iPhone 5S is expected to have an integrated fingerprint reader. We will have to wait till Sept. 10 to see whether these rumors are true. 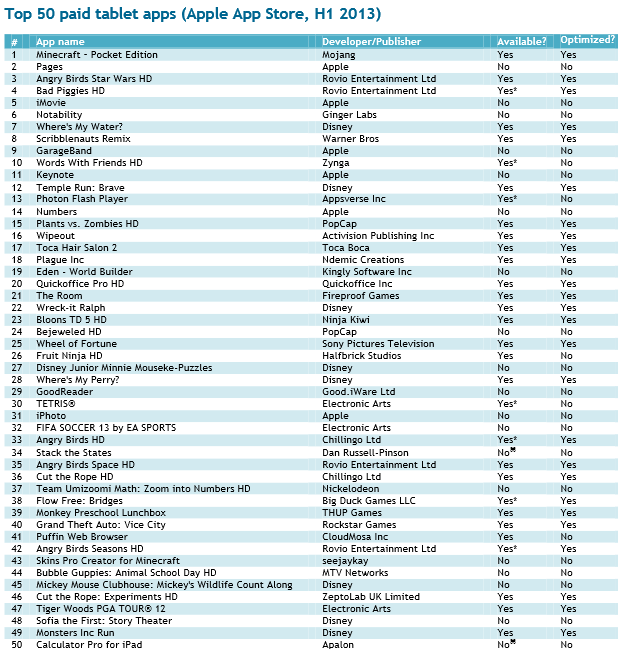 It is no secret that Android tablets have come a long way in the past couple of years. The Kindle Fire HD is certainly a decent option for folks who don’t want to spend more than $200 or so on a tablet. The new Nexus 7 is speedy and quite sleek. Unfortunately for Android fans, 30% of the top 50 free and paid iPad apps are absent from Google Play. Here is what Canalys had to say about this:

one of the deficiencies of the Android ecosystem: limited availability of high-quality, tablet-optimized apps in the Google Play store. Of the top 50 paid and free iPad apps in Apple’s US App Store, based on aggregated daily rankings in the first half of 2013, 30% were absent from Google Play. A further 18% were available, but not optimized for tablet users

Android has come a long way and is quite a formidable rival to iOS. We are going to see even more tablet apps for the platform. But studies have shown than iOS developers have an easier time making more money from their apps. Google will surely invest more in its platform to get more app developers involved.