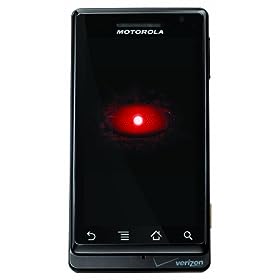 The top smart-phones today are more than just phones. They are whatever you want them to be as long as there is an app for them that addresses what you need to get done on your smartphone. Apple has a huge head start over its competitors in this area. The company has worked so hard to create an ecosystem that allows more developers to bring their innovative apps to the market and monetize their work in the process. iPhone owners have a lot of option to choose from as well. Add to that the competition among developers to come up with higher quality apps, and you have got a killer app market.

One shouldn’t forget about the influence that the iTunes has had in Apple’s success with apps. The service has made it so easy for iPhone owners to search through apps, find out about new ones, and pick up and rate apps on the fly. Apps have become so important these days that even AT&T takes credit for having access to them in its anti-Verizon ads.

I have never been impressed with the Android market. It’s true that Google has been also working to build up the number of apps available in Android market, but the service doesn’t provide you with an experience that is anywhere near what you get with iTunes. That hasn’t kept Google to bring up its app total to 20,000 (which was announced just a few days ago).While impressive, Google has ways to go before it can call the Android platform a complete success.

Google has a few issues to deal with here if it wants to catch up to Apple in the app department. For starters, many developers have complained about not having the ability to monetize their Android apps properly. So it’s not surprising to see smaller developers focus more on iPhone platform and halt their Android projects. The Android platform is not quite ready for more sophisticated apps, so it will take a bit of time for it to catch up. Google developing its own “iPhone killer” may help spur the demand and bring more developers to the table. It’s just a matter of scales. So far Apple has won that battle very handily.

Apple has a big early mover advantage in the mobile app department, and while Google can always catch up, so far there is no comparison between the two platforms. That will probably change in 2010 but don’t go ditching your iPhone for an Android phone just yet.