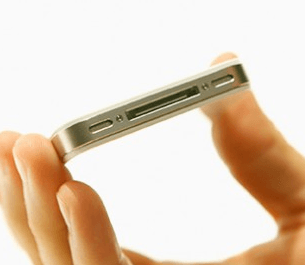 In the past few months, we have heard a lot of rumors about Apple’s upcoming iPhone. Many of us expect the device to have a larger screen, different design, and a smaller dock connector. But nothing is set in stone. We have heard crazy rumors in the past about Apple products but not all have panned out. The latest rumor suggests that the new iPhone is going to have a 8 pin dock connector. That would mean the connector will be much smaller than most of us thought it’d be.

Previous reports had suggested that the iPhone will have a 19 pin dock connector. The new connector may also offer other features such as allowing the connector to be plugged in multiple orientations. Apple is expected to introduce an adapter to make the transition process easier for everyone. But investing in new iPhone accessories is probably not the best idea at this point.

Speaking of new changes by Apple, the company is expected to offer a deeper iTunes integration with Twitter. The Wall Street Journal is now reporting that Apple and Twitter have been focusing hard on tying this social network into OS X and iOS.

Apple and Twitter remain tight and continue to talk about future product integrations. They include more deeply melding Twitter and iTunes, according to two people briefed on the matter. Apple is preparing to phase out its own troubled social network for iTunes, called Ping, later this year. iTunes users can currently link their Twitter and Ping accounts together to do things like find people they follow on Twitter on Ping.

Apple was rumored to be thinking about making a major investment in Twitter. That is not happening. But it seems Ping is finally being phased out. Its launch was botched royally, but with Facebook and Twitter integrated in Apple’s operating systems, Ping may be on the way out later this year. We doubt too many people will miss it though.