While Apple will bring iPhone 5 to the market in the next couple of months, the company is still working on new ways to enhance the iOS experience. A recently discovered patent application reveals that Apple is interested in the idea of enabling shared workspace feature on iOS devices. The application “Projected display shared workspaces” which was filed in February 2010 suggests that Apple may be interested in integrating a projector in future Apple devices. 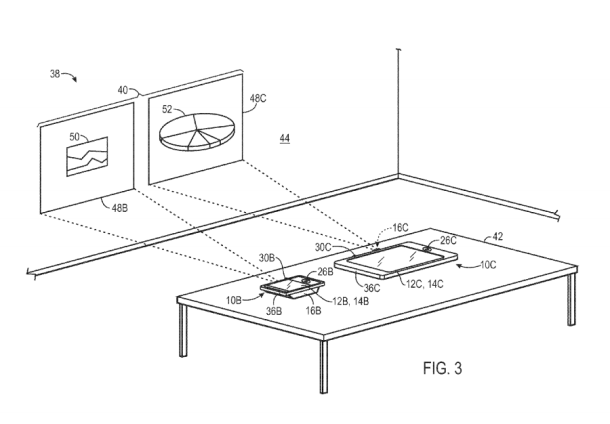 The application hints at the idea of combining multiple projections to create a shared workspace. Under this setting, content can be shared device to device or over a shared network. Apple’s new projection system could potentially use cameras to recognize gestures (something like what you see in the Minority Report). Apple has been interested in this idea for years. As MacRumors recently discovered, Apple has acquired the domain applepico.com. It is not clear whether Apple really does have a plan for that domain though. 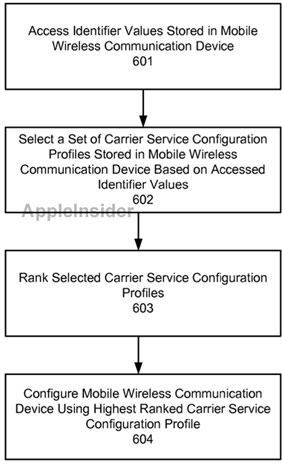 Apple is already thinking about expanding its business to new carriers. The patent application entitled “Method and Apparatus for Using a Wireless Communication Device with Multiple Service Providers” hints at a system that would allow iPhone owners to compare carriers’ features (voice and data) without having to deal with them directly. The idea is intriguing mainly due to what we have heard about future iPhones using an open SIM standard. Could a “World iPhone” coming soon? We will have to wait and see.