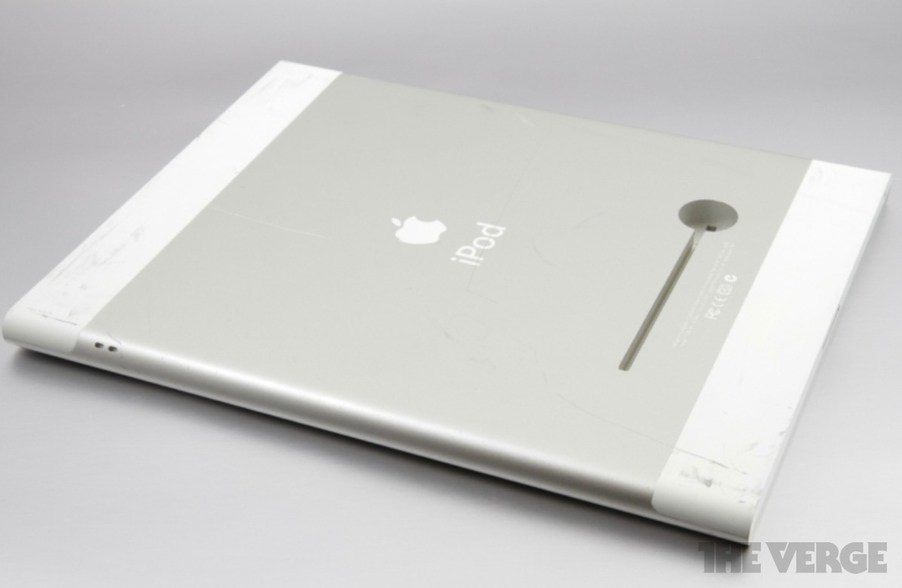 Many smartphone fans are getting tired of all the lawsuits that are going on in the smartphone and tablet markets. But some of these lawsuits have shed light on confidential prototypes by companies such as Apple. We have already heard about early iPhone prototypes in the past. Court documents have revealed that Apple had several iPad designs in mind before settling with the one that made it to the market a few years ago.

It seems early on Apple was exploring the idea of adding a kickstand to the iPad. There also appears to be a 16:9 model with wide handles on either side. Many iPad prototypes have the word “iPod” on them, which is not surprising at all considering how far back these go (image by Verge). There is nothing surprising about Apple planning and even testing multiple prototypes. It has taken the company years to get its iPhones and iPads to where they are today. Judging by its sales numbers and high level of customer satisfaction, Apple seems to have made the right design decisions so far.

Android may be a decent rival for iOS. But it has been plagued by malware and security issues. While Apple does a decent job monitoring apps to stop hackers, your iOS device may not be as secure as you think. There are thousands of applications available in the App Store. Not all developers know how to write secure code.

Security is now an afterthought for many app developers …. That means if you hack one, you can hack them all,

said Jonathan Zdziarski, senior forensic scientist at viaForensics at Black Hat conference. Even apps by well established businesses such as PayPal seem to have bugs that can be exploited by hackers. The good news is Apple seems to understand the importance and necessity of stopping hackers aggressively. But the platform is too popular for malicious coders to ignore. Apple’s closed business model is so far working for it in this fight.