There are millions of people who own an iPad these days. Not all of them actually think about the process Apple had to go through to bring those shiny gadgets to the market. Network World has published photos of an early iPad prototype going as far as the year 2000. These photos were discovered in court documents filed between Apple and Samsung. This shows that Apple was thinking about this projects years in advance.

There does seem to be a gap of few years between the date the 035 prototype was made and the official release date for the first iPad. But the designs have many similarities. To be fair, the prototype looks much thicker than the first iPad was. It is not clear whether these photos will help Apple win its case against Samsung. But the iPad did not come about overnight. It took Apple years of research to pull the trigger on this project. 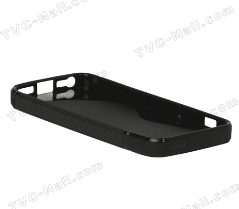 The iPhone 5 has many Apple fans excited this year. We are a couple of months away from the launch date. But purported photos of iPhone 5 cases are showing up all over the Internet. TVC Mall already has longer iPhone cases up for grabs. The case design lines up with many part leaks we have heard about in the past few months.

It is easy to read too much into these pictures. While it is true that Apple is working on an iPhone with a 4 inch screen, there is no guarantee that the leaked cases are legitimate or would work with the final iPhone 5. Most folks won’t need these cases ahead of time anyway.