We all know that Apple feels somewhat nervous about the competition its facing from Google and its partners. Android may not be as good a platform as iPhone at this point, but it’s growing fast. The fact that it’s making its way to multiple handsets (made by HTC, Motorola, and other companies) has given Android platform a lot of momentum. We haven’t seen Android beating iPhone in any reports so far, and it’s safe to say that iPhone will continue to beat Android for the time being. However, according to Quantcast, iPhone’s growth may be slowing down a bit while Android continues to climb. 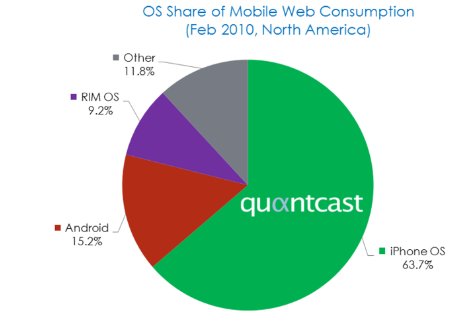 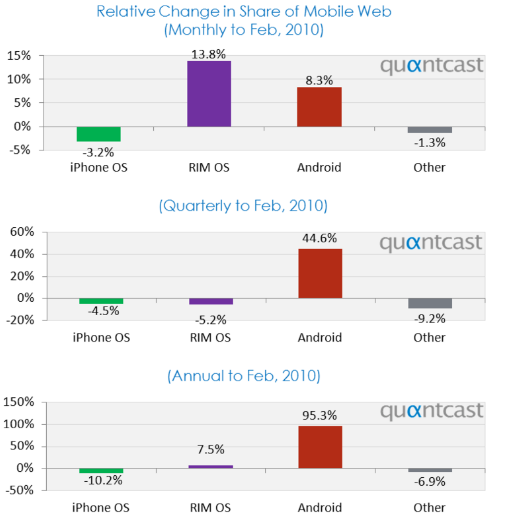 Interestingly enough, RIM has managed to reverse its negative trend in the past few month with a strong month in February. Still, it’s not wise to read too much into these charts. We all know that the iPhone platform is still a work in progress. We are still waiting for Apple to announce its partnership with Verizon and/or T-Mobile. And the company has yet to complete its mission internationally. So there is still plenty of growth to be had for the iPhone platform.

There is no question that Android will continue to challenge iPhone for years to come. Many experts have predicted that the platform will catch iPhone by 2012, and that does not seem unreasonable at this point. But Apple does not own the PC market either. The catch here is that the iPhone will put up a stern challenge against Android. When platforms compete, we win!