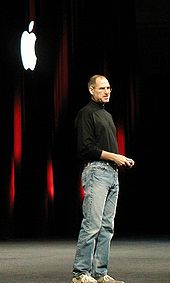 The tech world is scrambling to come to terms with Steve Jobs stepping down as CEO at Apple. It was always going to happen. Those who have looked at Steve and his health in the past few months have known this day was coming. Yet many are predicting doom and gloom for Apple. Steve Jobs’s farewell letter was short and sweet:

I have always said if there ever came a day when I could no longer meet my duties and expectations as Apple”s CEO, I would be the first to let you know. Unfortunately, that day has come. I hereby resign as CEO of Apple. I would like to serve, if the Board sees fit, as Chairman of the Board, director and Apple employee. As far as my successor goes, I strongly recommend that we execute our succession plan and name Tim Cook as CEO of Apple. I believe Apple”s brightest and most innovative days are ahead of it. And I look forward to watching and contributing to its success in a new role.

Mr. Job has taken the best decision for Apple. It is true that Steve has been a major factor in making Apple one of the most innovative and valuable companies in the world. But Tim Cook, Steve Jobs’s successor, has been in training to take over for a while now. The timing was important too. There is no question that investors will punish Apple for losing its leader. But all will be forgotten if Apple manages to launch iPhone 5 and iPad 3 in a successful fashion.

Steve was that quite unique leader who was obsessed with customer-centric design and kept Apple from going with disastrous design ideas in the past. The jury is still out on Tim Cook. We can’t judge him based on what he achieves in the next few months. Judging leaders does take time. The doom and gloom predictions for Apple are unfounded though.

Steve Jobs was a powerful leader but he is not the only genius in town. Apple is a large ship with many moving parts. It may have lost its first captain but the person who takes over (in this case Tim Cook) has a well-oiled machine on his hands. The challenge for Tim Cook will be to come up with that next “iPhone” or “iPad” idea. That’s when we will realize whether he is up for the job.

What’s your take? Is Apple finished as a company after Jobs?