Apple has been using Intel processors for a long time. There have always been rumors about the company dropping Intel and going with a different set of processors. None of those have panned out so far. Apple is known for wanting to have more control over every facet of product design. Moving to ARM-based processors may provide the company with that:

Apple engineers have grown confident that the chip designs used for its mobile devices will one day be powerful enough to run its desktops and laptops, said three people with knowledge of the work, who asked to remain anonymous because the plans are confidential. Apple began using Intel chips for Macs in 2005.

While Apple is now committed to Intel in computers and is unlikely to switch in the next few years, some engineers say a shift to its own designs is inevitable as the features of mobile devices and PCs become more similar, two people said.

reported Bloomberg. This would be a huge blow to Intel. Considering that Apple’s mobile processors are becoming more powerful each and every year, it could be just a matter of time before this happened. The move won’t be easy. Switching to non-Intel processors could mean lack of software compatibility, driver issues, and more headaches for consumers. The power of Intel processors can’t be matched easily either (not even ARM processors are powerful enough to replace desktop processors). Apple will most likely try this move with some of its laptops before going all in. 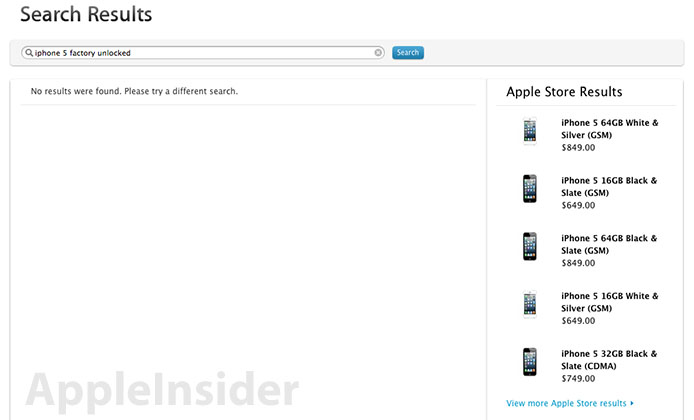 Speaking of the iPhone, unlocked iPhone 5 prices seem to have been leaked online by Apple. Many fans are waiting to get their hands on these. But Apple has not announced official pricing for the units. As Apple Insider has reported, a search for “iPhone 5 factory unlocked” displays the units with their prices. The starting price is set at $649. At this point, it is not clear when Apple added these results. We will have to wait a bit before these hit the market. Verizon and AT&T iPhone owners already have the ability to unlock and use their phones on other networks though.