Many of us Apple fans still remember the day the first iPhone was announced. Not everyone was sold on the idea. In fact, many tech experts were skeptical about the future of the iPhone. In a very short time, the iPhone became the best phone on the market, reaching millions of homes. Could the very same thing happen with augmented reality and smart glasses such as Google Glass? Considering that 12% of the U.S. population is already open to the idea of wearing AR eyeglasses, according to Forrester, that could very well be the case.

Google Glass has excited many in the tech world but is facing lots of challenges too. A recent report by Forrester is suggesting that close to 22m consumers in the U.S. are willing to try something like the Google Glass. These types of devices can be used for navigation, taking pictures, and other fun activities. Google won’t be the only player either. It is true that Tim Cook has been skeptical about Google Glass’ potential but Apple could very well release its own iGlasses depending on how the market develops. We will have to wait a couple of years to see something like that though. 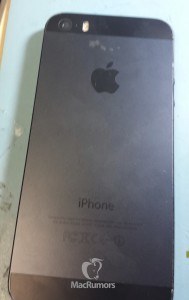 Google Glass will have to wait but the iPhone 5S will be here soon. We have heard a bunch of rumors about what the device will have to offer. The folks at MacRumors have now gotten their hands on pictures that appear to show the insides of the upcoming iPhone 5S. It seems the logic board is the same as the one from the previous leak. The battery has a higher capacity than the one you find in your iPhone 5.

The pictures hint at dual LED flash for the new iPhone. The design is not drastically different though. Apple is expected to release its new products around September. Are these parts the real deal? We will have to wait and see.