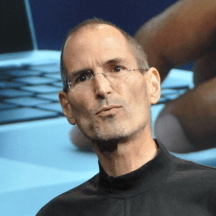 When someone is as powerful as Steve Jobs and has been so successful in helping a company such as Apple become so successful, he can’t take a leave of absence or two for health reasons without shareholders becoming worried. At this point, it is not clear what Steve Jobs is suffering from and how long he will be out. As much as Apple wants to have Steve Jobs back, some major shareholders are now moving forward a proposal to force the company to reveal its succession plan for its CEO position.

Institutional Shareholder Services has put its support behind a plan to force Apple to reveal who will succeed Steve Jobs if he decides not to come back. The Central Laborers’ Pension Fund, which holds a tiny bit of Apple, has put out a proposal that will force Apple to discuss this issue every year. As reported by CNET, ISS finds it essential for shareholders to know who may be at the helm of one of the most successful companies in the world (even if we are talking about life after Steve Jobs):

No one knows how badly Apple will be hurt when Steve Jobs decides to leave the company. As much as Steve is admired by Apple fans, he is not going to go on forever. Apple’s patents and recent track record indicates that the company will be fine for the foreseeable future. Discussing succession plans could affect morale and keep Apple’s hands tied when it comes to picking up new executive talent. At this point, it is not clear whether there is enough support for this proposal.

In your opinion, who should succeed Steve Jobs? Tim Cook, Peter Oppenheimer, or someone else?