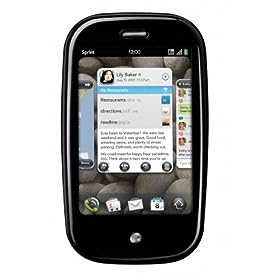 The week couldn’t have started better for Apple. The company is on the verge of bringing the iPhone to more homes around the world. It is already moving forward rapidly in the smart-phone market. And one of iPhone’s top rivals could be falling on its face. For those of you who have been waiting for Verizon to finally offer Palm Pre, it seems you will have to stick with Sprint for the time being. Verizon seems to have changed its plans about the Pre. It could be due to the fact that the device has not been able to sustain any momentum in a market that is dominated by devices such as iPhone. Palm Pre may be cheaper than ever these days, but it may still not be enough for the phone to survive.

While Apple’s competitors fail to sustain their momentum in the fast moving smart-phone market, Apple keeps moving along and making progress. According to sources, Apple is on the verge of striking deals with Orange and Unicom to expand its business in the UK and China respectively. Unicom is the second largest carrier in China, but it does give Apple the chance to get the iPhone in the hands of a whole lot of people.

The deal with Orange is even more significant as it could indicate the change of strategy on Apple’s part. Apple has been working with O2 in the UK, but by breaking the monopoly and partnering up with Orange, Apple may be sending the signal that it may pull off the same tactic in the U.S. So far AT&T has enjoyed exclusive rights to the iPhone, and many analysts are skeptic about the possibility of a break up between the duo. Considering that the market conditions are very much different in the Europe, we can’t read too much into this whole deal. But it’s not out of the realm of possibility to see Apple strike a deal with T-Mobile or Verizon in the U.S.

Let’s not forget that Apple is already working on recession-friendly Macbooks, a super tablet, and iPod Touch video, and a whole new design for the iPhone. Some of these new devices could open the door to an Apple partnership with other carriers. But it pays to be an Apple investor these days.

Your take: will Palm Pre survive its current troubles? Which carrier will/should Apple partner up with?

The time has come for AT&T to finally announce the feature that a lot of iPhone owners have been waiting...