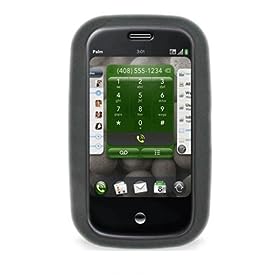 Apple had promised us that it was not knowingly preventing Palm Pre and other competing devices from syncing with iTunes. At the same time, the company had fired a warning shot to any other company that claimed to be compatible with iTunes. Apple has kept up its promise with the latest iTunes update (8.2.1). If Apple was going easy on Palm Pre, that’s all going to change. Apple simply doesn’t support iTunes support for the device. Here is what an Apple spokesman had to say:

iTunes 8.2.1 is a free software update that provides a number of important bug fixes. It also disables devices falsely pretending to be iPods, including the Palm Pre.

The move is not really surprising. Palm is a competitor to Apple, and their latest ad campaign that attacks iPhone has not made Apple too happy. Palm Pre fans have been counting on iTunes to manage their device, but that is not a possibility with iTunes 8.2.1. If you are a Pre owner, you can always avoid upgrading your iTunes or use a third party hack to get the job done. But be aware that Apple is going to give the Pre a tough time in the future. So think twice before switching to Palm Pre from iPhone.

This is a very risky move by Apple. You simply get in trouble when you own a monopoly and make it look like you own a monopoly at the same time. iTunes doesn’t really have a decent set of competitors, which means it could provide Apple an unfair advantage over other devices (especially if Apple goes out of its way to disable their iTunes sync function). Palm essentially poked the bear by claiming the Pre to be better and cheaper than the iPhone, so it had coming.

Your take: should Apple be allowed to disable iTunes sync function when it comes to iPhone competitors?