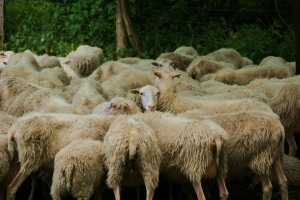 Apple just does not seem to get a break these days. iPhone 4 has plenty of issues that Apple is dealing with at the moment. Camera and antenna problems have slowed down Apple’s momentum. The company is not having its way in Europe either. In fact, it could be forced to adopt Flash on its devices or face fines and other actions. Add to it all the lawsuits that Apple will soon be facing in the U.S., and Apple could have seen much better days.

The company has had to deal with security issues in the past few weeks. First, it was AT&T being hacked and leaking sensitive account information. Then we heard about iTunes being hacked and funds being used by hackers without users’ permission. Apple now has a bigger issue on its hand. How is it that someone gets around Apple’s security measures and adds numerous bogus apps to iTunes store without being found out for a while? Apple has banned the developer and removed all those questionable apps from iTunes. But this episode raises a lot of questions about Apple’s ability to protect its customers’ data.

Unfortunately, iTunes seems to be full of “app farms” that are designed to steal user information. As The Next Web reports, there are plenty of other developers that need to get the boot. Unfortunately, it is not clear how Apple can stop all these bogus apps from making their way to its app store. That’s why iPhone owners should not download just any app they see in iTunes. User reviews can help to a certain degree. It’d be even better if Apple added more layers of security to iTunes to at least limit the exposure when accounts are compromised.