Apple is not done making major improvements to its iOS platform. This mobile OS is already user friendly and intuitive. If Apple gets its way, iOS powered devices could be getting a new 3D graphical user interface. At least that’s what the patents recently filed by the company suggest. As Patently Apple explains, the new UI will work with proximity sensor arrays and could support hovering gestures. 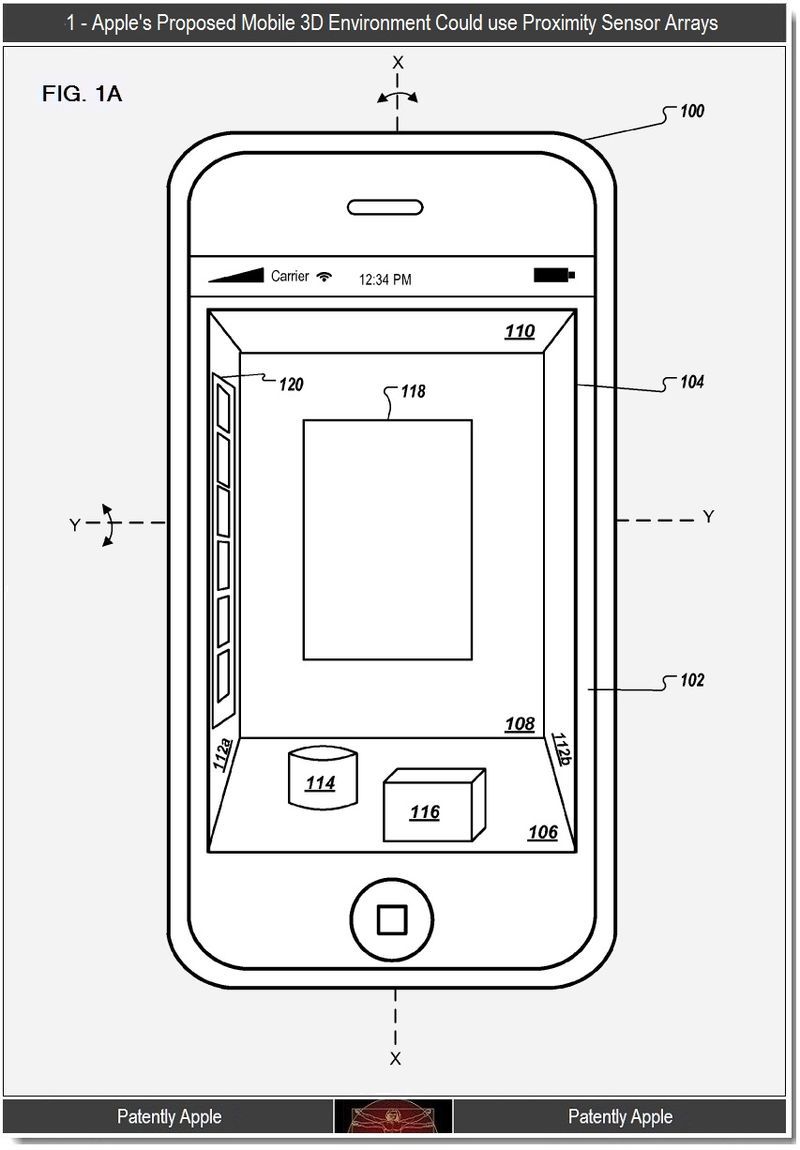 Apple has been working on these types of 3D projects for a few years now. With iOS devices getting more GPU power in the upcoming years, sophisticated interfaces such as the one described in the above patents will be more than possible. What this means is iPhone or iPad users may be able to work on their devices by using gestures made a distance above the touch sensitive display on their device. This happens when the readings from sensors get translated into movements on the screen.

In order to implement such a user interface, Apple is going to need more GPU power for its devices. The PowerVR Series 6 GPUs, which we heard about at CES, could offer up to 20 times the performance of smartphones currently on the market. This is a very exciting patent for Apple and could be a game changer. But let’s keep in mind that not all Apple patents turn into actual products. Considering that the company is very competent when it comes to UI design, it would not surprise us if Apple did implement such a GUI for iOS platform in the next couple of years.