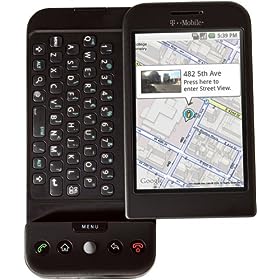 Remember how Steve Jobs decided to force a shift in Apple’s board of directors and treat Google as a real competitor? At the time, a lot of analysts indicated that the introduction of Google Android to the market had raised the stakes for both Apple and Google and put them competing against each other. We have all seen how much buzz the Droid has generated in the past few weeks. But Google is thinking bigger and bolder. It’s developing its own phone, with the help of HTC, and will finally go against Apple head to head. As with anything Google makes, you can expect the company to introduce a wide range of features with this new phone to make Nexus 1 as competitive as possible against the iPhone.

Here is what Google had to say about this secret device:

We recently came up with the concept of a mobile lab, which is a device that combines innovative hardware from a partner with software that runs on Android to experiment with new mobile features and capabilities, and we shared this device with Google employees across the globe. This means they get to test out a new technology and help improve it.

What’s exciting about this new phone is the fact that it will be shipped unlocked. So you don’t have to deal with AT&T, T-Mobile, or any other carrier if you don’t want to. The company may also be working with T-Mobile to bring Nexus one to the market. It seems Verizon has refused to carry Nexus one to keep Droid the top dog among its offerings. That stand could change in the future.

As with anything Google, you can expect the die hard fans to hype the device up beyond anything we have seen so far. Remember how Droid was suspected to completely annihilate the iPhone? Of course, Droid is very competitive but all the hype was perhaps not justified.

Nexus One is expected to be released in early 2010 and will run Android 2.1. It’s refreshing to see Google adopt an open policy when it comes to people discussing Nexus One features and sharing early pictures. There are lots of pictures available online already, which is something that we usually don’t see with Apple.

While Google deserves credit for building itself up to a point that is more than competitive with Apple and the iPhone. If there is any company that could bring the iPhone down, it’s Google. But of course, that iPhone killer needs to be more than what we have seen so far on the market. Besides, trying to beat the current generation iPhone may not mean much as Apple will be releasing its own iPhone 4.0 fairly soon. Still, it’s exciting to see the two companies go back and forth.

Your take: is Google the biggest threat to Apple in the smart-phone market?

iPhone alarm clocks are quite popular these days. I don't know about you but I personally can't get up early...