Apple has announced many exciting features for iOS 8 already. But it did not cover everything during its WWDC presentation. Many of us have been waiting for years for iPads to get split-screen multitasking. As BGR has reported, we could get our wish once iOS 8 is ready to be released to everyone.

Apple would have presented this feature if it were ready. Instead, the company will continue working on it to offer a polished and stable experience to users. As Tim Cook and others have said it, iOS 8 is a big upgrade over the current generation iOS software. We have already seen plenty of exciting new features, but enhanced multitasking would take the cake. 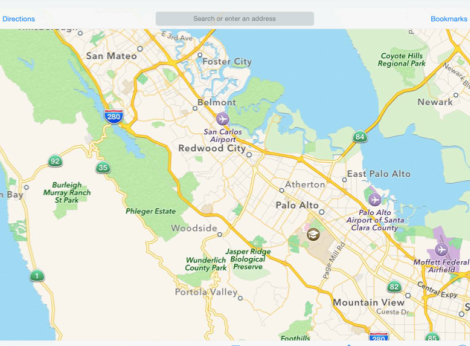 Speaking of iOS 8 updates, it seems we will get transit directions in Maps soon. BGR is reporting that Apple may have accidentally leaked screenshots of this feature during a WWDC session video. The above screenshot shows an icon of a bus at the bottom center. There is no word on the exact date we will get this feature. Nevertheless, Apple is working on improving Maps.