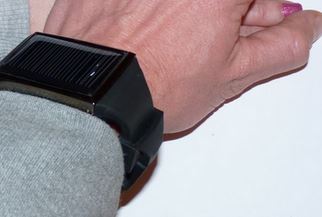 We are going to see many exciting wearable devices this year. The iWatch has been long rumored for 2014. There are all kind of concepts that suggest how Apple could pull off a shiny but functional smartwatch. Battery life will always be an issue for smart watches. Maybe that’s the reason Apple might release a solar-powered iWatch. Whether the company can deliver such a watch this year is doubtful though.

By adding a solar charging layer to the smartwatch’s screen, Apple could make life easier for iWatch users. The New York Times is also reporting that the watch will have a curved glass screen and support wireless charging. It goes without saying that Apple has lots of work ahead of it to get this right.

Speaking of new Apple products, iOS 8 might have a significant health component. Apple is interested in getting involved in the wearable computing business, so it can’t afford not to have a health app for iOS. 9to5Mac is reporting that Apple working on HealthBook, an app that can track a user’s blood pressure, heart rate, and other data points.

It seems Apple is designing iOS 8 with the iWatch in mind. Naturally, this watch needs to be able to record the data that HealthBook will analyze. I still believe a Glass-like device might work better as a fitness gadget. But we probably won’t get that from Apple any time soon.