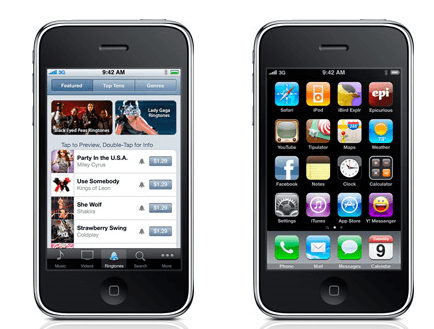 Apple has started this year with a bang, and there is no stopping it. We already know that it has sold over 300,000 iPad units in its first week, beating iPhone 1.0’s first week sales. While the iPad is expected to continue making splashes in multiple industries, all eyes are on Apple to see what the company has accomplished with iPhone 4. iPhone 4 unit is going to be released later this summer, but iPhone OS 4.0 is expected to be introduced by Apple on April 8th. So in a matter of weeks, Apple gives us one shiny new gadget and an improved iPhone OS to go with it.

In some ways, iPhone 4 OS and how it’s received by the public is going to be more important than what Apple accomplishes with its iPad. Apple has been challenged strongly by Google Android in the past few month, and it needs to deliver big to continue keeping Andrroid at bay. For starters, Apple needs to deliver on its multi-tasking promise for iPhone. There is no reason such a powerful smart-phone does not support multi-tasking.

The iPhone is expected to get support for a unified mailbox. So not only we are likely to see an Expose’ like interface, we should be able to merge multiple e-mails into one. There are also rumors about Apple adding a free GPS navigation app to the iPhone. It’s not clear how the app affects top GPS companies such as TomTom and Magellan. But considering that a few top handset makers have already implemented this feature, Apple is playing a bit catch up here. Let’s not forget that Apple was expected to overhaul its map program to satisfy some of those Google-loving iPhone owners. There is no reason that can’t happen with this iteration of the OS.

Apple will be playing a bit of catch up with iPhone 4. But I am sure the company has some surprises for us as well. iPhone HD is going to be another big hit this summer. But Apple does need to deliver some exciting news with iPhone 4 OS. Of course, if you are not satisfied with Apple and your iPhone, you can always take up T-mobile’s offer.