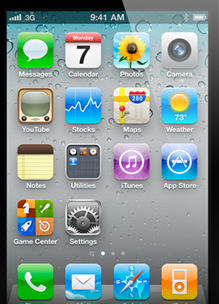 iPhone fans have been waiting for Apple to give them a sign on when it will release the next generation iPhone. We have already seen what iOS 5 will be capable of. It will be even more fun to use on a more sophisticated iPhone. According to Morgan Stanley’s Katy Huberty, the next generation Apple phone will go into production state in August 2011:

Katy Huberty also suggests that Apple stocks will realize more gains this year as Japan slowly recovers from the tragic events that devastated that country. Apple is expected to pressure on suppliers to lower their prices to boost Apple’s margins. While iPhone 5 is not out yet, Apple is already planning iPhone 6. Digitimes reports that iPhone 6 could have TSMC A6 processor on-board:

TSMC stands a good chance of winning orders for Apple’s A6 processors, the paper quoted Dan Heyler, a semiconductor analyst with Merrill Lynch in Taipei, as indicating… TSMC will not gain any orders from Apple in 2011

We have already reported what iPhone 5 could potentially look like. But visuals are often worth a thousand words. The below infographic by Infographic Labs summarizes most of the iPhone 5 rumors we have heard:

Which other features would you like the next generation iPhone to offer?