It was just yesterday that we covered Sony’s advice to Apple about launching iPhones more often. Apple is probably not going to change a winning game yet. But the company is still expected to introduce two new iPhones this year. According to Mizuho Securities analyst Abhey Lamba, the new iPhone 6 might arrive in July.

Recently, the company has been introducing new lineup in September time frame whereas the next generation phones could come out in July this year,” he said. “The earlier launch will be helpful for Apple as it will ensure significant availability and distribution of the new device during the holiday season.

The new iPhone is expected to have a larger display. The fingerprint scanner could get an upgrade. The company is also expected to launch a new Apple TV and the iWatch. This is going to be a very busy year for Apple. 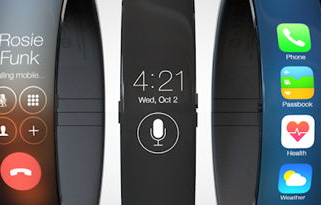 Speaking of the iWatch, it is expected to be a fitness tracker with a ton of features. Some have even suggested that it will help folks with diabetes monitor their blood glucose. But as Network World is reporting, non-invasive continuous glucose monitoring is a very complex process. The technology is not perfect either. Apple may be working with scientists and experts to build a better iWatch. But expecting it to release an iWatch with a blood glucose monitor is unrealistic. Is this something Apple might pull off in a couple of years? That remains to be seen.