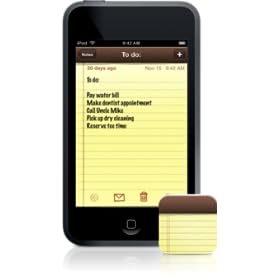 For years, die-hard iPhone fans have been asking Apple to give them the opportunity to choose their carrier. Till now, Apple has stuck it out with at&t in the U.S. market. Even on a global level, Apple has been getting into a lot of exclusive relationships but this practice seems to be temporary as Apple pursues an aggressive strategy to take iPhone to the next level. When Apple brought iPhone to the market, it needed a carrier’s support to help the iPhone take off. at&t is a decent network and having a exclusive relationship with it made sense for Apple a couple of years ago. But Apple has reached a saturation point as far as selling at&t as the exclusive iPhone carrier. It’s just such a hassle having to switch from other carriers to at&t to get the iPhone. A lot of people have done it in the past but it’s not an ideal situation.

I am sure at&t is not going to be happy with not being the exclusive service provider for iPhone. It did take a risk by taking iPhone on in those early days, and while it has benefited handsomely from its move, it would still be gutting for at&t to lose the exclusivity to iPhone. Apple will probably make it up to at&t at one point or another. It might as well give at&t the first mover advantage on new Apple products (e.g. iPad).

It’s hard to read too much from what’s happening in China with Apple, but the fact that China Unicom won’t have an exclusive iPhone deal should give all iPhone fans hope. at&t has held on to its iPhone exclusivity for as long as it could, but if Apple wants to expand its market and reach new heights with iPhone, it’s going to have to free its gadget. At this point, there are many questions that Apple needs to address before taking on multiple carriers. Will it make phones that are compatible with other carrier’s network? Or will it only work with compatible carriers (e.g. T-Mobile)? Besides, it’d be interesting to see how carriers such as Verizon would treat Apple during contract negotiations. Verizon has made it known that it does not need Apple, so one has to wonder whether it’s possible for Apple to reach a lucrative deal with Verizon. The only way to find out at this point is to wait and see what happens in 2010.

Your take: should Apple adopt a multi-carrier strategy?