These days everyone wants to have a smartphone with a 64 bit processor inside. People either want that or a hex core processor even though the performance increase may not be that much right now. It all started when Apple announced its iPhone 5s was going to have a 64-bit chipset. Apparently, that took many players in the industry by surprise. As an anonymous source told Dan Lyons:

The 64-bit Apple chip hit us in the gut … Not just us, but everyone, really. We were slack-jawed, and stunned, and unprepared. It’s not that big a performance difference right now, since most current software won’t benefit. But in Spinal Tap terms it’s like, 32 more, and now everyone wants it.

Desktop computers have had 64 bit processors for years. Smartphones of the future are all going to have it. While most players in the industry were not paying attention, Apple was working on a future-proof device. The A7 processor is pretty fast one for smartphones and tablets.  What will be Apple’s next industry-shocking move? I’d settle for a solar iPhone but that’s unlikely. 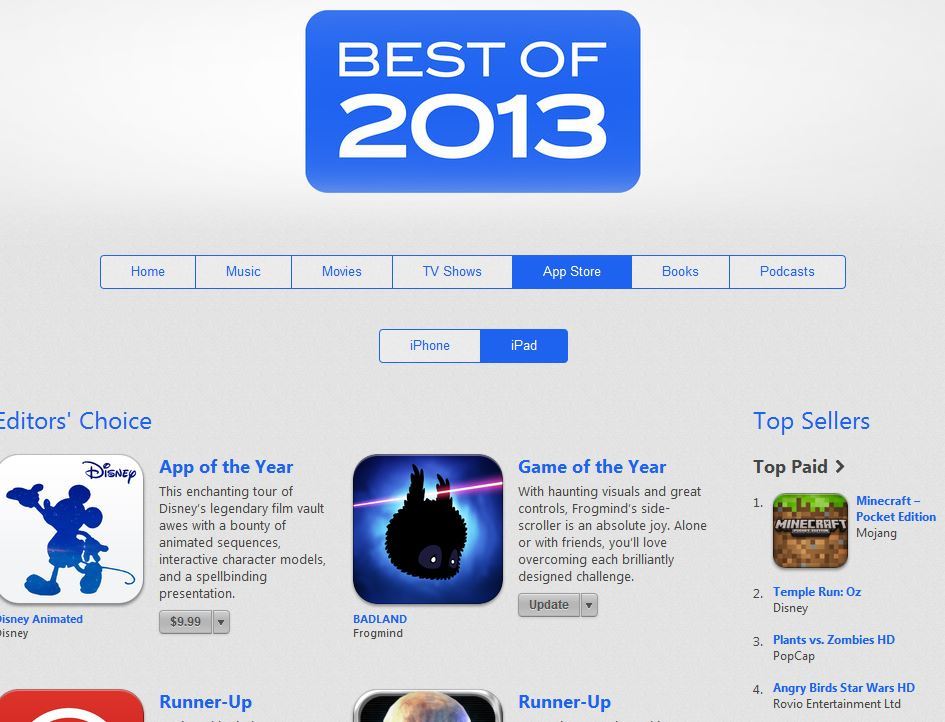 Speaking of Apple, the company has announced the top apps for 2013. It is not really that surprising that Duolingo finished as the App of the year. It is truly an amazing app to use to learn a new language. The honor of the iPhone Game of the Year went to Ridiculous Fishing. The iPad Game of the Year was Badland, which is another great choice. You can see the entire list on iTunes.