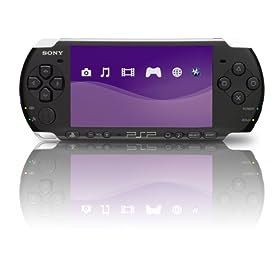 We have all heard a while about the grand plans that Sony has for its PSP product line. It doesn’t take a genius to realize that while PSP has been a great device for Sony, it has fallen behind badly in the recent months. You’ve got to give Sony credit. It is smart enough to know it can’t compete with the likes of iPhone with what it has today. iPhone may have started as a phone but has completed the transition to a super mobile gaming device. Sony hopes to compete with Apple by making a killer phone out of PSP. That’s why it has started a department to explore a gaming phone hybrid device. I still believe that Sony should have done this months ago, but better late than never (even though it’d be awfully hard for PSP phone to compete with iPhone at this point).

Sony PSP was a great innovation when it came out. It’s certainly a capable mobile gaming device. But Apple has raised the bar too high for Sony to effectively compete with iPhone. Not only Sony doesn’t have a phone to compete with iPhone 3GS, its PSP product line is losing steam in the mobile gaming market. Sony used to be one of the most innovative companies in the world, but recently it has been following others a lot. And it has failed to read and capitalize on trends and consumer behavior changes effectively. With Sony PS3 struggling and PSP becoming irrelevant against iPhone, Sony has a lot of work to do.

Can a PSP phone change Sony’s fortunes? It’s tough to say. But what’s certain is, Sony will try. Let’s just hope Sony comes up with a device that is more than a poor iPhone imitation.